The discovery that after supposedly spending $77 million to design and maintain Florida's unemployment website it turned out to be largely useless acted like a punch in the mouth not only to the tens of thousands of people who found themselves unable to access the site, but to many others in and out of Florida who saw it as another example of government waste, and even for some as a conscious effort by Republican politicians in Tallahassee to screw those Floridians who on occasion relied on unemployment insurance to survive.

To be told that the best time to access the site was between midnight and 5 AM, and to avoid using any other web browser other than Internet Explorer were not instructions that inspired confidence that the remainder of the process leading to checks being in the mail would be anymore successful.

I have in the past written about the fact that one of the major reasons why so many Americans have become disenchanted, if not downright hostile about government often starts at the municipal level, which is where the overwhelming number of average citizens have their first interactions with government.

Most people hear on talk radio and watch on TV about the abuses in Washington, but it's problems with code enforcement, trash pickup, building permits and zoning variances that initially feed the bonfire of distrust and open hostility that fuels the anger that has become so prevalent among a growing number of Americans.

For the last 11 years that I've been writing about municipal governance, a large number of my stories have been based on the expenditure of public money through contracts.

In a bureaucratic world, he/she who controls the paperwork, controls the game, and contracts are at the center of many questionable, if not outright illegal transfers of public money into private bank accounts.

In the last two weeks I've written about contracts for tests for the COVID 19 virus, and how the Mayor and Commissioner Carollo met privately earlier in March to negotiate new terms for the "Revocable License Agreement," between the city and the ULTRA promoters, the full and complete terms which have yet to be revealed.

It can be expected that as the crisis continues, new contracts will be "negotiated," which leads to this poll that I've posted on Twitter.  You can cast your vote by clicking on the button which will take you to Twitter. 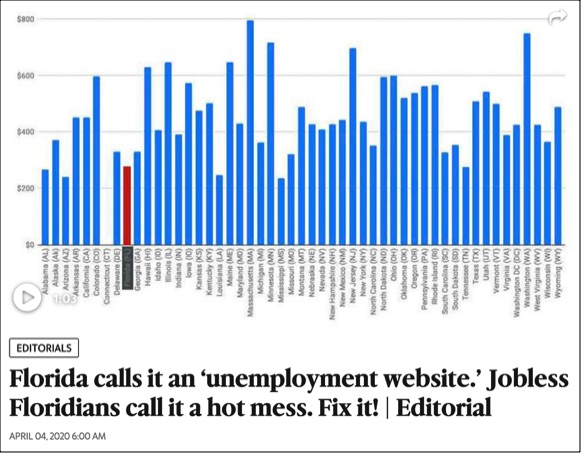