Commissioner Manolo Reyes has long made it clear that he wants to abolish the Historic and Enviornment Preservation Board (HEPB)  because he says it violates property owners' Property Rights.

The City has been able to preserve very few residences (outside of officially designated historic districts) and now this ordinance would protect those “Property Rights” even more by requiring “super majority votes," involving more notification and longer appeal periods.

While most of the changes appear to be reasonable and fair to both the Property Owner and the Community Section 23-4 (c) 3 (d) of the City Charter which states provides what appoears to be an opportunity for Reyes to through a log across the railroad track in a way that most people would never suspect.

Here is the current language in the ordinance.

By adding the "appellant" which is the legal term for the person appealing a HEPB decision, this would create problems for neighbors or community associations putting up money/fees to appeal a decision NOT to designate a property historic.

Now, I'm not a big fan of historice preservation myself, especallt given the roughshod way in which the Commisisoner "sellout" Russell and the city behaved with the remaining "shotgun houses in the West Grove, but there is no need to introduce thos ordinanc e at this time, other than to try and sneak it through while people are distracted and unable to really show up at City Hall to voice their opinions on an issue like this.

This is clearly a rope-a-dope move, and given that it is in line with the efforts of the current gang of the 3 Amigoes to stack ALL of the city's boards and commissions with toadies and ass kissers, the easier to pull off all the nasrty shit they have plans for, this is definitely an item that should be removed from the agenda for another time. 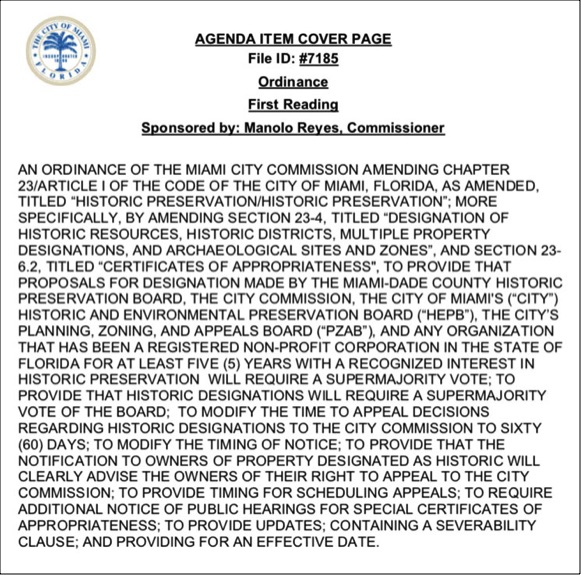 Here is the proposed change in the language that is underlined, and that I have highlighted.