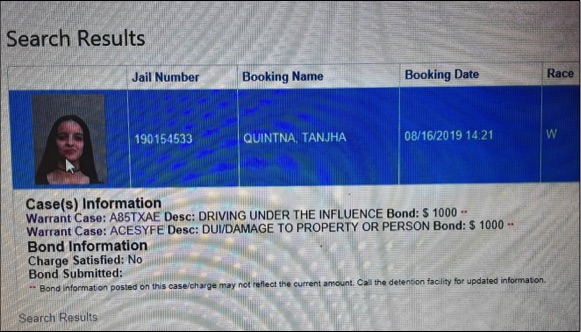 All you need to do is read the emails that former Chief of Staff Richie Blom wrote about the working conditions inside Joe Carollo's office to appreciate that Tanjha Quintana is probably not the only employee who goes to work in the morning either drunk, or with trepidation about what could happen that day. (See arrest affidavit HERE.)

Joe Carollo is mentally ill, and I blame City Manager Emilio Gonzalez for not intervening in some way after receiving Blom's emails - YOU CAN READ THOSE EMAILS BY SCOLLING DOWN TO THE BOTTOM OF THIS PAGE.

The City Manager has a responsibility to do more than shrug his shoulders and go and spend taxpayer dollars two or three times a week having lunch with the "Boys."

This incident is a RED FLAG that things are dangerously wrong inside the office of Commissioner Joe Carollo, and someone with authority has to step in before something even worse happens to one of Carollo's employees.

Instead of this being one of the legion of female city employees who you've shown little regard for in the past, pretend that this is a young 18 year old army recuit Colonel, and do what you would do to protect him!

You can't delegate this time. This is now your problem, so deal with it!