JOE CAROLLO'S MOMMA OWES $9,918.78 IN UNPAID PROPERTY TAXES BECAUSE HER SON, COMMISSIONER "COMEMIERDA" NEVER FILED THE PAPERWORK TO REMOVE THE HOMESTEAD EXEMPTION ON THE HOUSE THAT SHE HASN'T LIVED IN FOR YEARS

One of the first people who called to congratulate me on my breaking the story of Raquel Regalado's homestead exemption fraud in 2016 was Joe Carollo.

Little did I know or realize at the time that three years later to the month, I would be writing a story about Joe Carollo and his mother's homestead exemption fraud.

Sometime in 2015-2016, Carollo moved his mother to his house at 3230 Morris Lane. After she settled in, the records show that in November of 2016 she voted using the 3230 Morris Lane address as her permanent residence.

In December of 2017, after he had been elected to the City Commission, and well over a year after he and his wife had moved out of the Morris Lane house to a condo in District 3 in order to be able to run for the District 3 seat, Carollo approached the Property Appraiser's Office to inquire about, "canceling the homestead exemption benefits on the subject property because his Mother no longer resided in the property."

The record shows that the Property Appraiser's Office provided Carollo with the required paperwork to cancel the homestead exemption, and that he did not do so, resulting in the exemption continuing on the property.

In December of 2018, someone notified the Property Appraiser's Office that the property had been vacant for two year, which triggered an investigation, which in turn resulted in a finding of homestead violation fraud, and the following letter being sent. 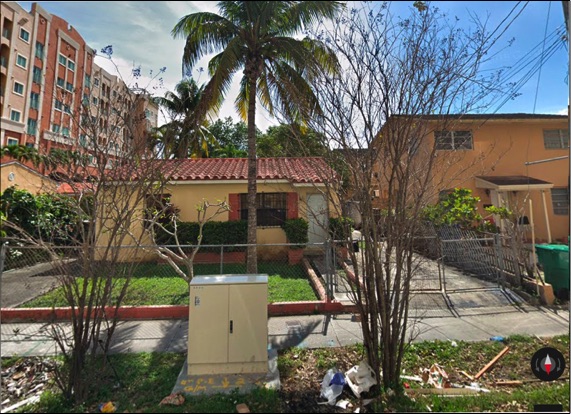 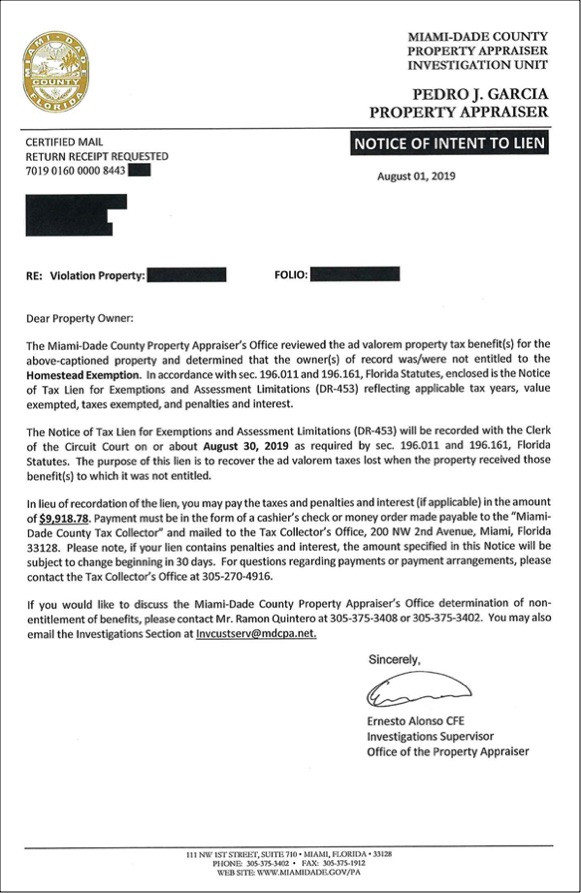 No matter where you turn, by commission or omission Joe Carollo operates with a sense of entitlement that allows him to try and twist the law to benefit him, to ignore the law when twisting it won't work, or break the law as a final step to getting what he wants, and when he's caught, he immediately tries to muddy the waters with bogus claims and allegations about his accusers.

In reviewing the documents provided for this story, I was able to discover that the reason that the identity of Carollo's mother, the address and the flio number of the property are blacked out is because Joe and Frank Carollo's father was supposedly a police officer, and there is an exemption under Florida Statute 119.0701 for law enforcement officers.

According to the Property Appraiser documents, Carollo's father died in 1991, and upon he tranfer of the property to Carollo's mother, that exemption should have ended.

Here is a PDF with all the document provided by the Property Appraiser's Office related to this failure to pay property taxes.

I'm sure that being a dutiful son, Joe Carollo has already sent a check to cover the unpaid taxes, as a result of his failure to look out for Momma by submitting the paperwork to remove the exemption on her property when he should have.