Neil Shiver is a long time resident of the West Grove, as were his parents before him.  Last month he showed up before the PZAB Board as the spokesman for a development group that includes himself, Edwardo Pantin Jr., and Alex Kurkin, to pitch PZAB on the notion that he had nothing but the purest of interests in seeing this collection of properties they they owned developed into a housing project that would include affordable housing units.

He was so moved by his presentation that at one point he actually broke into tears.

I hope he doesn't break into tears when he finds out that I notified the unethical ethics commission that as a principal and spokesman for this development group he was required to register as a lobbyist, but hasn't.

But then again, neither the folks required to register, or the city officials responsible for making sure that they do seems to give a fuck anymore about process, because as the city slides into a morass of corruption that's even started alarming some of the heretofore practitioners of the dark arts, registering to lobby is the least of the problems that most people think anyone needs to worry about.

None the less, here's the proof that he hasn't registered. I screen grabbed this this morning.

NEIL SHIVER, THE EXECUTIVE DIRECTOR OF THE SEOPW CRA IS LOOKING FOR A WAIVER. KEEP AN EYE ON THIS ONE BECAUSE IT'S A HOCUS-POCUS DEAL, AND TO TOP IT OFF, SHIVER IS NOW CLAIMING TO BE A MEMBER OF THE FLORIDA BAR WHEN HE ISN'T 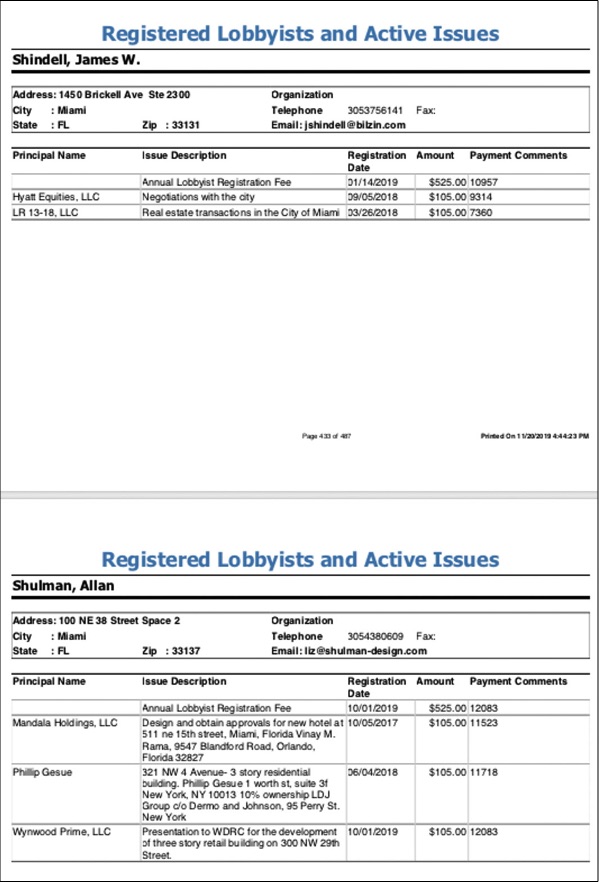 IF SHIVER WAS REGISTERED, HE'D BE HERE BETWEEN SHINDELL AND SHULMAN

The deal here, isn't the deal.

The problem is not that Shiver wants to make money from the house that he's owned all these years.  It's his house, and his property and he can do with it what he wants.

That's a bit of hocus-pocus that would allow the property to go from T4-0 to T5-0, only this rezoning wouldn't have to go back before PZAB or the city commission. It would be handled administratively by the city's Planning and Zoning Department.

Another wrinkle that was not discussed at PZAB, but which clearly has significant impact on any future rezoning and use of the property is that the parcel listed at 3040 Carter Street (the RED Box with the X,) is but a part of the larger parcels that are in highlighted the GREEN Blocks, and that are referenced in the portion of the proposed ordinance below that I have highlighted in GREEN.

PZAB by a vote of 7-2 voted to allow this time waiver.

I think that this waiver will come back and bite the city in the ass, in part because if Neil Shriver is either too lazy, or too arrogant to bother registering as a lobbyist, like he absolutely knows that he should have, then this action has to be seen as an example of the past as prologue.

I was not going to mention in this story that Shiver was a disbarred attorney, because I didn't think it had any relevance, but in doing my due diligence I discovered this morning that he claims on his profile page of the SEOPW CRA website to be a member of the Florida Bar 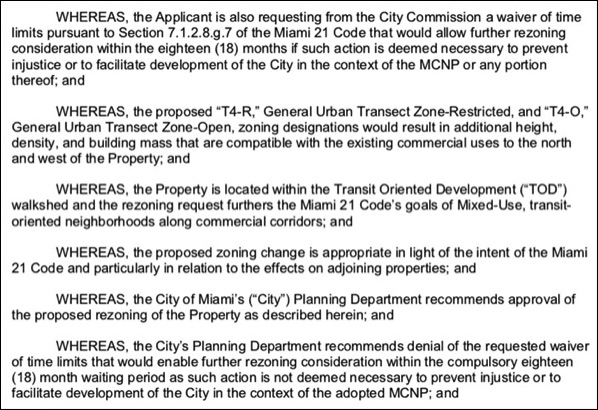 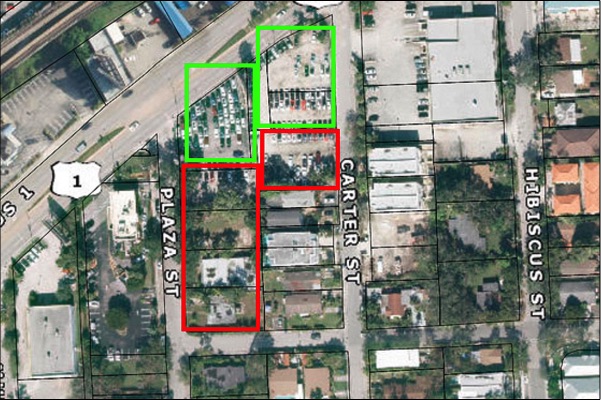 And just so there is no misunderstanding, here is the Florida Supreme Court Order issued when he tried to get reinstated to the Bar, that explains why he still can't practice law in Florida.

When the elected officials aren't behaving like batshit crazy, weasel dicks, the appointed officials are lying about their resumes or failing to do their job, and all of them are conniving and scheming to screw the taxpayers, or each other.

It's now gotten so bad that lawyers and lobbyists who appear before the city commission on a regular basis are admitting that in the last two years that Francis Suarez has been mayor they've seen a decline in the rationale operation and management of the city that even alarms them.

Crespodamas predicted that this would all come to pass, because that's why...