I showed up at the DDA meeting this morning hoping to video a presentation about a project that is beginning to gain some local attention, and discovered that the presentation wasn't on the agenda.

On the agenda however was a presentation by Moishe Mana's team about the plans for what Mana intends to do with all the buildings that he purchased in the downtown area, and especially along Flagler Street since 2014.

It was an opportunity to see and hear what those plans were, and so I stayed and videotaped the presentation.

I think that it's an interesting and possibly transformative approach to the problems that have beset Flagler Street for a long, long time, and it will be interesting to see how it all plays out in the next few years.

My concern, and actually I have two concerns, is that first no matter the industry, when it comes to talking about Florida's workforce at the end of the day, no matter what else is said about them, the argument for getting a company to move to Florida always comes down claiming that people will work for less money in Florida.

It was an argument that was always used in the 30 plus years that I was in the local film industry, to lure films to Florida and that argument, along with other issues including seismic changes in technology and the destructive impact of the chase for tax incentive dollars are why the film industry had pretty much disappeared from South Florida.

The other concern I have when I hear all of the various plans being proposed for the future economic development in Miami is that it seems that everyone is more or less putting all of their eggs in the same high tech/digital basket which targets a narrow segment of a young, highly educated population.

What about all those kids who just manage to get through high school, or maybe struggle through a year or so of junior college, or what about the people who are losing their jobs as a result of AI, or the decline of the retail industry?

They're also going to need jobs that pay more than a minimum wage, and I think that the politicians have somehow lumped all of those people into some secondary class of people who will become in their minds the anonymous workforce for the various service industries, or for the catch-all "construction" industry.  Construction workers get old, their bodies get beaten up, and then what's their future?

Concern or discussion for all of these other non-tech savvy folks are missing from all of these rosy projections about the future, and while this is not the place to deal with these issues in any sort of detail, I think that this problem needs to at least be mentioned so that no one can say that no one ever said anything about any of this.

In any event, that another story for another day.

Here is the Mana presentation. It's worth watching. 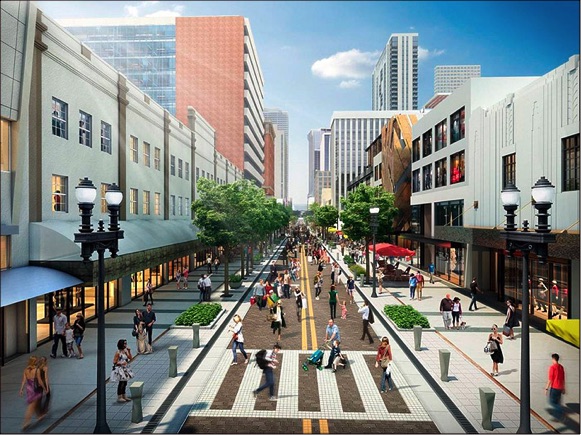