I never had a dog in the fight over whether or not the Havenick family, owners of several casinos in Florida, including the Flagler Dog Track and Casino should be allowed to build a Jai Lai Fronton on Biscayne Boulevard.

The state gave them the necessary permissions, and if Norman Braman, Jorge Perez and others in Edgewater were unhappy about it, and decided to exercise their rights to oppose the building going up in "their" neighborhood that was their fight.

When the issue came before the Commission, it was Commissioner "Sellout" Russell who led the effort to throw roadblocks in the Havenick's way.  After the commission vote the Havenicks went to court and recently they won their lawsuit.

Last week the Commission met in a "Shade Meeting," to decide on how much it was going to cost the taxpayers to settle the lawsuit.

Like it or not, that's the way democracy works, and win or lose everybody seems to have taken their best shot, and the Havenicks prevaled.

That would have been the end of that had not someone tipped off Joey Flechas of the Herald that buried in the documents that the Havenicks obtained during discovery was a bomb in the form of a letter written by Braman to the Mayor.

The letter Braman wrote contained his legal arguments detailing why the Havenicks should not be allowed to build their fronton on Biscayne Boulevard.

I frequently include the phrase, "Money walks, and bullshit talks," in my stories as a way to remind folks that in the give and mostly take that goes on at Miami City Hall, those who pony up $5,000, $10,000, $25,000 and $50,000 donations to the PAC's and ECO's of Mayor and city commissioners operate with an unfair advantage.

NOBODY gives Francis Suarez, Joe Carollo, Keon Hardemon, Alex Diaz de la Portilla, Ken Russell and Manolo Reyes that kind of money without there being a very clear understanding that the donors expects a Return On Their Investment. In Braman's case Flechas reported that he had given Francis Suarez $75,000 since 2018.

Those kinds of donations constitute legalized bribery and the naked buying of influence. That's the truth of it, and any mealy-mouthed, whiny claims by people like Francis Suarez that he can't be bought, is just bullshit.

So many people own parts of Francis Suarez that if they attached their names or the names of their companies on his suits he'd look like a NASCAR driver.

What made Braman's effort to oppose the construction of the fronton on Biscayne Boulevard different than your normal run-of-the-mill efforts to support or oppose a proposal before the city commission was exposed in the 3rd paragraph in Joey Flechas' story: 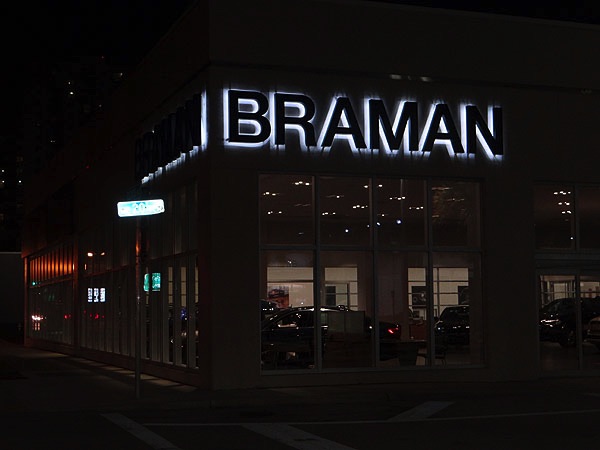 That should be a real concern to a lot of people because even under the best of circumstances discovering that a private citizen - and a very rich private citizen at that - can write what are basically instructions on what he wants done, put it on city stationary and send it over to the Mayor to sign off on reveals just how big a shill Francis Suarez has become when it comes to doing favors for the powerful and rich in Miami.

Almost every week, new evidence is revealed of what a whiny, weak and devious little prick Suarez has become, and why it's been so easy for the likes of Joe Carollo and Alex Diaz de la Portilla to bitch slap him at will at city commission meetings.

It's a mopery kind of offense, but given the solicitous care that the Unethical Commission shows to the rich and powerful in Miami, don't expect them, even if they decide to look into this, to do anything other than send him one of their so-called, "Letters Of Instruction."

What we've learned from this, besides the fact that Francis Suarez is Norman Braman's sock puppet is that a new measure of how much power you have in the City of Miami might depend on whether you have your own stack of City of Miami stationary to play with.

NORMAN BRAMAN REVEALED THAT WHEN YOU'RE REALLY RICH, YOU GET SUPER DUPER SPECIAL TREATMENT FROM THE MAYOR OF MIAMI

A longtime Crespogram reader and friend who always spots when I've made a mistake pointed out to me after I posted this story that I had misread this paragraph in Joey Flechas's story:

"He sent to Suarez’s private email account his opinion on the anti-gambling legislation, already placed on the city’s letterhead, with a request to simply have the planning director sign it and submit it as the official city recommendation."

I took that to mean that Braman had used the mayor's personal stationary.

That was not the case. What Braman, and/or his attorney did was to put their legal arguments and justification for the city to create a roadblock that the Havenick family would not be able to overcome in their effort to build a jai lai fronton on the property they own at 30th street and Biscayne Boulevard not on the mayor's personal stationary as I wrote, but instead used a generic City of Miami Memorandum letterhead.

I apologize for that mistake. It was one that I should not have made.

However, on my larger argument about the undue influence and power that Braman, and others like him who have donated tens of thousands of dollars in donations to Francis Suarez and the members of the city commission have made so as to influence or write, as Braman and his lawyer did in this case the actual language that they wanted the city to embrace and support, I am not only right, but because of my focus on the stationary issue I did not go as far as I should have to explain the ramifications of this action.

The arguments that Braman forwarded to the mayor, were his arguments, and did not necessarily represent a fair or resonable interpretation of the law.

That was borne out by the fact that when the Havenick family took the city to court, they not only won their case, but caused the city commission to meet in a "Shade Meeting" last week to discuss the settlement terms that they needed to agree on in order to make the Havenick family happy.

At the very least the residents can expect that the city will have to pay the Havenick family's attorney fees and court costs.

One could argue, and I am, that after Braman sent his letter to Suarez, everyone involved jumped up, saluted, and ignored any arguments that would have prompted questions or concerns about Braman's arguments.

Is short, a rich guy, who had given a lot of money to the Mayor - and $5000 to Commissioner Russell in 2019 - got what he wanted over the objections of the Havenick family, and obviously over what the law governing the rights of the Havenick family said, and the people who as usual got screwed were the taxpayers, whose money was spent fighting this lawsuit instead being spent on something constructive.

That continues to be a problem in Miami, and it's all because the politicians who take these tens of thousands of dollars do so knowing full well that if they are presented with a choice of repaying a deep pocket donor or doing the right thing, the odds are that the donor will almost always get the nod.