SOMETIMES WHEN YOU GET WHAT YOU ASKED FOR IT TURNS OUT NOT TO BE WHAT YOU WANTED: THE WYNWOOD MARKETPLACE, THE DECK AND PATAGONIA WERE SHUT DOWN SATURDAY NIGHT

After a long run of seeming to be a visionary who was going to change the face of Miami, today Moishe Mana is beginning to look more like just another developer running a long hustle who might have bitten off more than he can chew.

He invested $375 million in property along Flagler Street in downtown Miami, and after years of not doing anything with these properties, downtown Miami looks the worse for his failure to move forward, and now a few smart money people are beginning to say that maybe he might never see his vision come to fruition.

In a long piece in The Real Deal that was originally published last year chronicling Mana's involvement in downtown Miami, his involvement in Wynwood was described this way:

"The question for potential investors is, how big a

priority is the downtown Miami project for Mana?

In Miami, at least, his company’s bigger long-term

to break ground on a massive 10 million-square-foot

America, North America and the Caribbean.

That project has been put on hold, Mana’s people

Instead of the massive trade center that he used as the rationale for his sales pitch to get the support and approval from the members of the Wynwood BID that he could then use to get the City of Miami to grant him a Special Area Plan (SAP), Mana over the last several years decided that for whatever reason instead of pursuing his original plan, he along with his partner Tony Albelo of SWARM, chose instead to turn part of his SAP  property along NW 2nd Avenue into a permanent pop-up of food trucks, a bar called The Deck, and towards the end of last year, after having been evicted from the property at 2700 NW 2nd Avenue, Albelo moved his GRO/WYNWOOD PATAGONIA tent structure to the west end of the property. 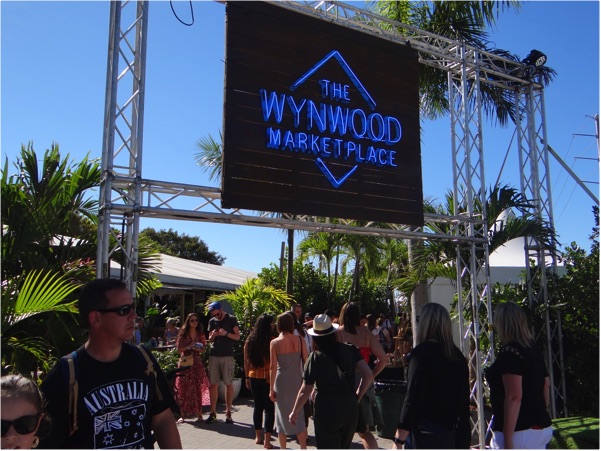 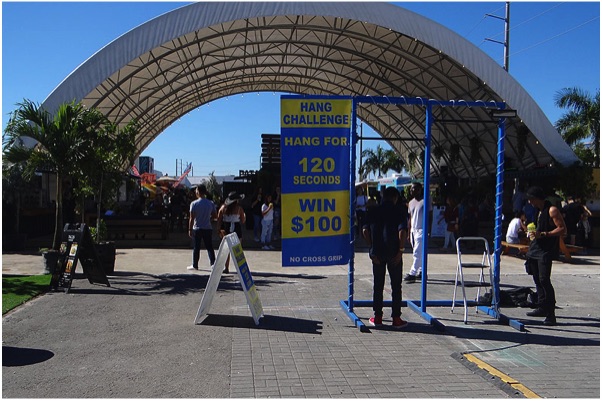 Albelo's move of the above structure immediately created problems because while Mana's people had managed to get a Temporary Use Permit (TUP) for The Wynwood Marketplace and The Deck, that TUP did not cover all the changes that had been made to the property since it's issuance, and most importantly did not cover the above addition that came with it's own collection of food trucks and open stage.

All of this led to a behind the scenes battle between the Mana and Albelo on one side, and the Wynwood BID and various city departments on the other because in order to try and become compliant, the plan for a revised TUP that Mana and Albelo submitted raised serious questions about the legality of these changes as they related to the terms of the SAP and other parts of the city's code and ordinances dealing with noise, food trucks and the long-term impact of allowing the use of TUP's to  be substituted for permanent structures.

Mana's change of heart, a change that no doubt was fostered and encouraged by Albelo and others who saw the short term opportunity in making money by catering to the millennial crowd that were being attracted to Wynwood by the hype of it's being such a cool place, caused him to send a disturbing and threatening text message to David Lombardi last week

In the message obtained through a public record request, Mana made it very clear that contrary to the Neighborhood Revitalization Plan that had been worked out and approved in 2014, and the presentations that his architect and staff had made at 2 BID meetings in 2016 detailing his vision at the time for the development of his property, he was now opposed to anything that did not go along with his new vision of Wynwood as a, "playground, entertainment district," including the implied threat that his plans for Wynwood did not include anyone else's plans.  ( Videos of the 2 BID meetings held in 2016 can be seen HERE.)

On Saturday night, Mana's operation including The Wynwood  Marketplace, The Deck and PATAGONIA were shut down indefinitely.

How and why did this happen?

Mana got his permit, but that permit included rules and regulations that he did not want. They are highlighted below.

Because this happened on a holiday weekend it is too early to determine just what Mana's next step will be, but given that he has Andrew Suarez, the mayor's cousin on his payroll, and because he has not only donated a lot of money to the campaigns of Francis Suarez but also some of the commissioners, and also that back in 2016 he walked into a room with Commissioner Keon Hardemon and when he walked out he had supposedly agreed to give Hardemon's SEOPW CRA $10 million dollars to grease the wheels in order that Hardemon might find it in his heart to approve the passage of the SAP that Mana wanted, anything is possible, including the tearing up and rewriting of the above TUP.

This is Miami, Bitches after all, and when money talks, bullshit walks!

HERE IS THE COMPLETE COPY OF THE TUP WITH BACKUP DOCUMENTS

THIS CONCLUDES PART III OF THIS MULTI-PART SERIES