I opened up my email this morning to find an email with a link to a TV interview that aired last night on CBS Miami, featuring Joe Carollo being interviewed by Jim DeFede. It was part of a larger interview that will air on Sunday at 11:30 AM.

To my surprise and enjoyment - there's nothing like a good laugh to start the day - I discovered that I was prominently featured in that interview, and that my pal, Joe "Comemierda" Carollo, was once again railing about how I was a 7 time convicted bank robber and all the other yada yada bullshit that in his mind - a mind that operates like a juke box, hit the button and the song starts playing - now disqualifies me from polite society, or from any society and even access to City Hall if he had his way.

Of course, Carollo feels that way now because I've done my best to tear him a new asshole whenever the opportunity presents itself for all the racist, crazy and stupid comments that he's made since he returned to City Hall.

Trying to hold a sensible discussion with Joe Carollo is like trying to match wits with a hemorrhoid as DeFede's interview reveal, so I'm not overly upset by anything that Carollo says because he's such a miserable human being that in some ways you got to feel sorry that someone has a mind and a personality so diseased.

Back in the day, when Carollo was calling me up and feeding me information on all of his enemies, starting with Mayor Tomas Regalado, and Commissioner Willie Gort, both of whom he had gone to the FDLE with information that resulted in criminal investigations  being opened, I was trustworthy enough to be invited to his home, where on one occasion I shot this video tape interview of his ragging on Regalado and then Police Chief Manny Orosa.

Back then my 7 felony convictions didn't bother Carollo one bit. 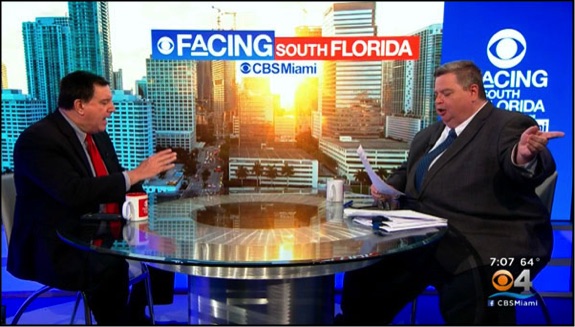 There was a time when I actually thought that Joe might be a plus on the commisison, because in spite of all his craziness and the demons in his mind, he's acquired a lifetime of institutional knowledge about the innerworkings of city government, and the ability to spot graft and corruption which I thought would be a plus.

Now unfortunately, it's evident that those abilities have been overwhelemd by his craziness and his own openly revealed efforts of extortion of campaign donors and anyone else he can lean on for money either to finance schemes like his Last Friday concerts in Little Havana, or on behalf of Alex Diaz de la Portilla who he envisioned as being his trusty right hand in his plans to create havoc in the pursuit of forcing Francis Suarez to either resign, or decide not to run for reelection.

Diaz de la Portilla, who is no slouch himself when it comes to being a conniving, double-dealing opportunist looking out for no one but himself is destined in the weeks to come to break Joe's heart, and when that happens, the names that Carollo calls me will pale in comparison to those he ends up calling Diaz de la Portilla.

It's like the story about the scorpion and the frog, and Carollo being Carollo, when he goes after Diaz de la Portilla it will be because, he is what he is, una mierda comiendo desgracia. 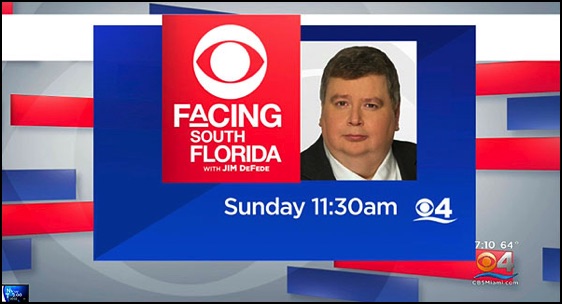 Seeing that Jim DeFede used a video of me calling Joe Carollo out which he knew would prompt Carollo to go off like a Roiman candle, I think that it's only fair that I have an opportunity to appear on his show to not necessarily defend my honor, but to set the record straight.

The letter will be forthcoming, Jim.

CAROLLO ATTACKS ME ON DEFEDE'S SHOW