It's no surprise that Tomas Regalado would block me from his Twitter page, after all when he was mayor his administration blocked my blog on city computers, and his godson Luis Cabrera, tried to block me from entering the city's administrative building.

As I've revealed in numerous ways and on numerous occasions the Cuban politicians in Miami, along with introducing a new level of political corruption to the old-boy Cracker corruption that was always here, also repeatedly demonstrated a blatant disregard for basic rights and in the process they've repeatedly abused or attempted to abuse the right of free speech, either by shutting down speakers at both city and county commission meetings who would dare to criticize them for their often shameful behavior, or by ridiculing or trying to embarrass them by asking racist questions.

That's how they've behave to the public.

Carollo supposedly has a lot of reasons to hate Regalado. Regalado was responsible for how Joe's ex-wife - the one he threw the teapot at - got half of his city pension and this was after Regalado asked Carollo for help when he ran for Carollo's commission seat back in the day.

Carollo talked about all that back when he didn't have any problems with my being a, "7 time convicted felon."

When Carollo decided to run for the District 2 commission seat in 2017, one of his opponents was Tommy Regalado Jr.

On the Jim Defede show yesterday defede showed a mailer that Carollo had sent out during the campaign alleging that Tommy Jr. was a commie sympathizer because he was supposedly in a photo along with Daddy Regalado and actor Sean Penn. 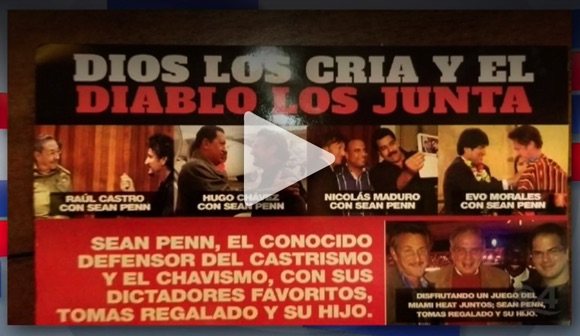 The funny thing was that the son in the photo was not Tommy Jr. but Jose Regalado, and Carollo lifted that photo from a story that I did back in March of 2011 about all the free stuff that Regalado was receiving while mayor.

Yet, none of that seemed to get in the way of Regalado and Carollo getting together last night on Regalado's latest TV show, because going to the FDLE and the State Attorney and trashing you and your kid is nothing to hold a grudge over.

Willie Gort is another one. Back in 2013, Carollo went to the FDLE about Willie getting free bus bench advertising when he was running for reelection.

When Carollo showed up at City Hall after he get elected, Willie and Joe were as chummy as Willie Nelson and Merle Haggard.  Trying to get Willie arrested was forgotten, because they collectively had bigger fish to fry, starting with ganging up to screw the taxpayers.

These aren't the only slimy Cuban politicians with the morals of pigs. There are Cuban county commissioners and state legislators who've also tried or succeeded in screwing each other and then turned around and behaved like long lost brothers.

What ever happened to having the courage of your convictions and a sense of self-dignity.  Sometimes the best way to define who you are is not by who your friends are, but rather who your enemies are.

It was Alexander Hamilton who once said, "If you don't stand for something, you'll fall for anything."

Pay attention to what happens at City Hall, because, although it won't be today, before it's all over you'll see Francis Suarez and Joe Carollo slobbering over each other, because one is a vile, vicious sociopath, and the other is a whiny, weak coward, and together they represent the Ying and Yang of political cowardice that allowed Cuba to fall into the hands of brothers who knew that they could play on the cowardice of these kinds of opportunistic fools to stay in power. 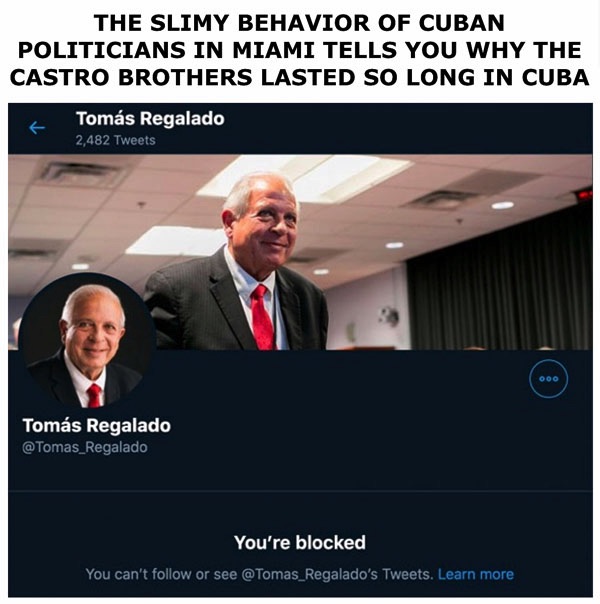