My first story this year was about the lawsuit filed by Lourdes Alvarez, the former Executive Director of MSEA, for alleged hanky-panky with the money by city officials.  I closed that story by writing:

This is just one of the new lawsuits coming in 2020 that will warrant attention on the part of folks who actually have some concern about the future of the city.

Here is another of those lawsuits.

This one is about Special Area Plan (SAP) for the Magic City Innovation Center, and how the city commissioners allegedly denied a resident who lived in one of the properties across the street from this project to be awarded intervener status because he was a renter, and not a home owner.

This is a more serious and important legal action because if successful, it would overturn the commission's decision, and in the intervening months the hue and cry over the creation of SAP's has reached a peak with the decision last night by the PZAB Board voting to recommend to the city that they put a moratorum on all applications for DSAP's and that the entire law either be rewritten or abolished.

Here is petition for a Writ of Certiorari on behalf of Warren Perry, the resident who was denied intervenor status. 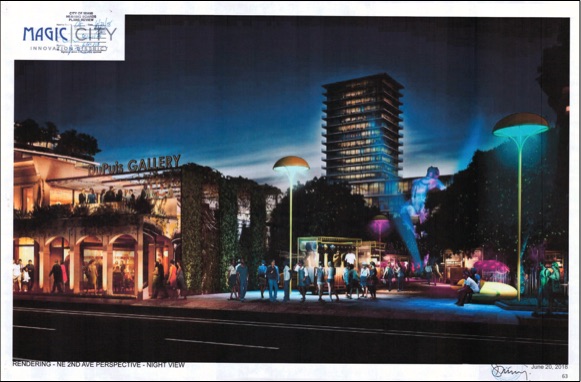 Amended Petition by al_crespo on Scribd

On November 18th the city and Magic City asked for a 60 day extension on the time they were provided to reply.  On January 15th of this year - like yesterday - they filed a new motion asking for another 3 weeks extension.

Warren Perry's attorney's filed a response objecting to the request for the additional 3 week extension.

Response to Motion for exte... by al_crespo on Scribd

I've taken the time to explain all this because this is the rope-a-dope that the city always does in response to the lawsuits filed against it. That is one of the big reasons that when I sued the city and the DDA it took over 3 years before they finally on the eve of trial finally agreed to settle.

The city operates on the principle that time is money, and since they are financed by the taxpayers they have all the time and money they need to fuck over the people they initially fucked over, if you understand what I mean.

Ackerman LLC, who represents magic City is just as bad because their clients have deep pockets and can cover whatever costs are required to kep this case from coming before a judge for as long as possible.

The big question is whether these requests for extensions of time are just your usual rope-a-dope, or whether they are part of some other scheme that involves the Magic City folks and their plans for this property.

Only time will tell.