First, Joe Carollo was accused in a lawsuit filed in Circuit Court last October of attempting to undermine an agreement between the owners of a Ferris Wheel looking to operate on the Bayside Marketplace property by violating the terms of a confidentially agreement he had entered to with those owners when he was hired in 2016 to be their fixer/location scout to find a place to put their wheel and then allegedly violated that agreement when the Bayside Marketplace leaseholders appeared before the commission to get an extension of their lease to give them the necessary air rights for the Ferris Wheel to be erected.

The lawsuit was essentially an accusation that they had been double-crossed by Carollo because as the Chairman of the Bayside Trust he wanted the Ferris Wheel on city property and in arguing his case he had violated the terms of their confidentially agreement.

Lat Friday the Ferris Wheel owners went back to court with a new lawsuit, this time against the city, alleging that unbeknownst to everyone, including his fellow commissioners, the City Attorney Victoria (AKA Reach Around Vicki) Mendez, agreed to have the city pay Carollo's legal fees without obtaining authorization from the commission.

If true, once again we have an example of collusion between the City Attorney and Commissioner Carollo engaging in activities that are alleged to be an effort to screw the taxpayers of Miami, by making them responsible for the crazy shit that Carollo contines to do, which in this case is supposedly violating the terms of a confidentiality agreement he agreed to when he was a private citizen.

Now that this is out in the open, it will be interesting to watch how his partners in crime behave when Mendez brings this before them for approval.

One question that needs to be asked and answered is, given that there are really few secrets inside City Hall, who has known about this arrangement, and long have they known?

Here's a copy of the complaint: 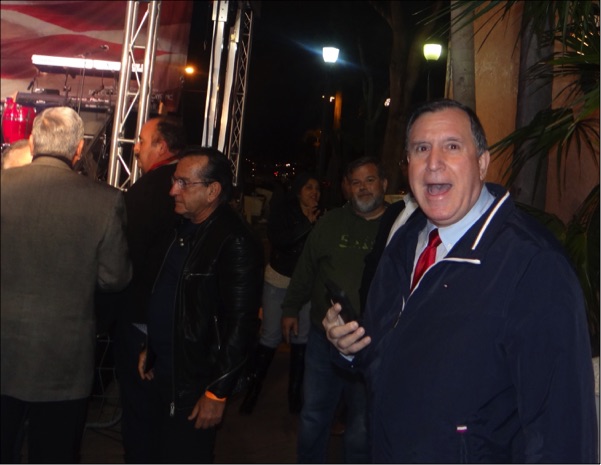 Platinum Sues the City by al_crespo on Scribd