THE STATE OF THE CITY 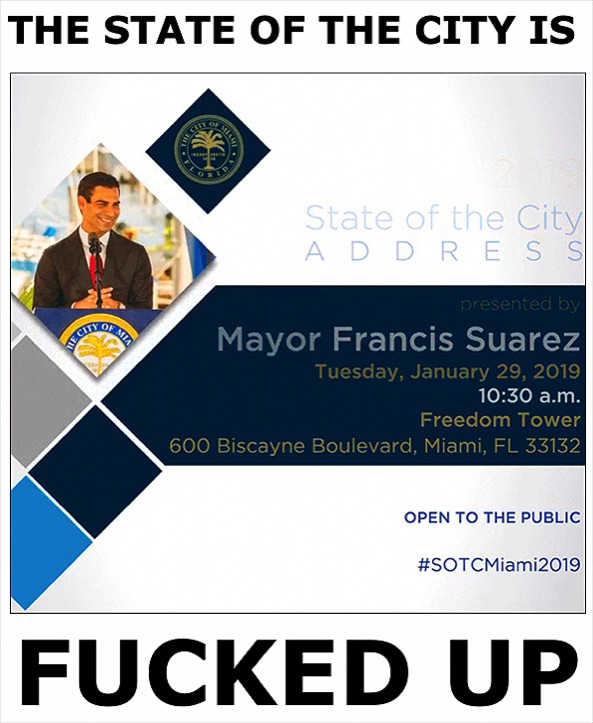 THIS WAS LAST YEAR 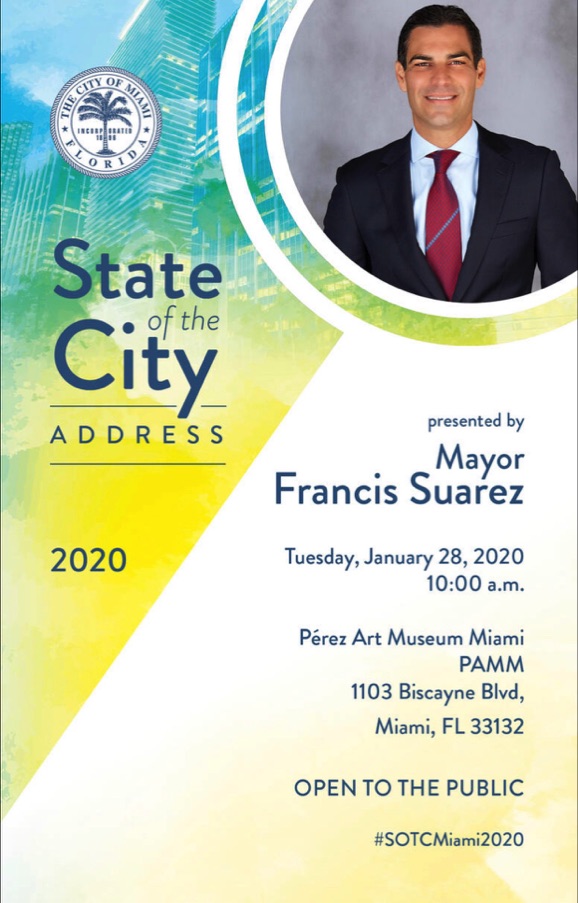 EVEN MORE FUCKED UP

What a difference a year makes.

Last year my lead paragraph in my story about the state of the city was:

without discovering example after example of gross

incompetence, graft, corruption and a kind of political

fuck you-ism being practiced by both the city's elected

and appointed officials. All of it bolstering the claim that

Miami continues to be among the most, if not the most

This year I can only say:

It is no longer possible to look at the City of Miami today without realizing and accepting the fact that Mayor Francis Suarez, either by commission, or omission has lost control of the city.

Gross corruption, incompetence and an even more pervasive kind of fuck you-ism has now taken hold as the Mayor and his City Manager Emilio "Colonel Klink" Gonzalez were mauled over the last year by Commissioner Joe "Comemierda" Carollo, forcing Gonzalez to resign ahead of an investigation into an alleged abuse of his office, and opening the door to a craziness that will hit whomever is stupid enough to want to take over as City Manager in the face, even before they get sworn in.

Low morale among employees is reaching a critical juncture, as some long time employees are either wondering, or looking for jobs elsewhere.

The city is a mess, and it's not going to get better anytime soon as the tandem of Joe Carollo and newly elected Alex Diaz de la Portilla do their best impression of showing what Cuba was like under the rule of Fidel and Raul Castro.

These two gangsters pretending to be politicians are hell-bent on turning Miami into a real Banana Republic, and like so many other places that turned from democracies to Banana Republics, they'll mostly get away with it because the so-called civic leaders who should and need to stand up to oppose them, won't!

The city of Miami is for sale folks, and the politicians, starting with Mayor Francis Suarez are not only eager to sell it off cheap, but unlike in the real America, the FDLE. the FBI, the US Attorney and of course the utterly corrupt and drug addled Miami-Dade State Attorney will stand by with one thumb stuck up their asses, and the other in their mouth, as they try to figure how to swap thumbs without being photographed.

Stay tuned because there are people so mad, and so fed up that I'm finally starting to get the kind of documents and evidence of corruption that I always knew existed but that people were afraid to give me.

If you're one of those who knows about all the dirty deals going down but were afraid to contact me, now is the time!