A restaurant called “Washington Square” opens on Calle Ocho in the historic section of Little Havana.  It specializes in all-American comfort food.  To make absolutely sure it's not confused with its Cuban neighbors, Washington Square's celebrity owners pose with the Mayor while illegally painting the building exterior with a mural of the Stars and Stripes.  “Born in the U.S.A.” and other favorites from the heartland boom out over the loudspeakers, rattling the windows of nearby residents as the painting progresses.

In the midst of the celebration, a Miami Code Compliance officer appears to serve a notice of code violation on the owners, notifying them that they do not have the required permit to paint the flag on the building.  The offensive party pooper compliance officer is given the brush-off and the happy revelers carry on painting till the flag is complete.

In the days that follow Little Havana residents find their front lawns torn up and mailboxes knocked over by illegally parked patrons who have come from all over to hang out in “Washington Square.”

Gangs of Hell's Angels on motorcycles congregate near the restaurant entrance taking selfies of themselves with Old Glory.  Police are called in to keep the peace. Loud rock music from the restaurant is heard for blocks away making sleep impossible. Little Havana residents who complain are vilified and excoriated on social media.

The illegally painted U.S. flag becomes the rallying point for Washington Square owners and patrons to cry out pitifully that they are the innocent victims of Little Havana's racism, prejudice and ethnic intolerance.  It's P.R. gold.

The publicity is amazing. When the city's historic preservation board orders Washington Square's owners to remove the U.S. flag because it fails to comply with Little Havana historic preservation ordinances they are met with resistance. When the city's code compliance department slaps fines on the building for failure to remove the mural, the fines are ignored.  Washington Square's owners are on a roll.

They have a story and they're sticking to it.

They tell everyone that the temporary event permit issued by the police on the day of the painting obviously allows them to keep the mural up for as long as they want. They also have an ace in the hole: they know that if they keep stalling long enough they'll end up in front of the Miami City Commission.  And if the Miami City Commission has one cardinal rule, it's this:  Laws are for the courts, not for Commissioners.

Laws don't elect commissioners, votes and money do.   And besides, taxpayers, not Commissioners, will foot the bill for any resulting legal fees!

And so it comes to pass that the Commission hears the case.

One of the City Commissioners, Billy Bob (“Bobo”) King, huffily extolls his appreciation of the illegal mural while expressing his indignation at the Little Havana resident who had the temerity, the unmitigated gall, to complain that she didn't like rock & roll.  In the face of such an intolerable outrage, Bobo righteously votes for the flag to stay.

Another Commissioner, Harvey Doorbanger, sharply questions a Little Havana historic preservation association president, sternly demanding that she tell him how many “Americans” the association has on its Board.  When the president expresses confusion at what that has to do with anything her response is all the justification Doorbanger needs to allow him to vote with clear conscience for Old Glory to remain.

But a third Commissioner, “Crazy Joe” Carrollton, claims to be troubled by the illegality of the flag.  At the same time, his sense of fairness is sorely tested.  Only months previously, Crazy Joe and the rest of the Commission have allowed another Little Havana business to keep ITS illegal mural; again, over the objections of residents and the city's historic preservation board.  Crazy Joe's acute sense of fairness and consistency simply cannot allow him to deprive Washington Square owners their own illegal flag.  So he, too, votes to keep it.

But -- here's the catch – The 3 to 5 Commission vote comes with a caveat.  Old Glory can remain only for as long as the first illegal mural remains in place.  How long might that be?  The beauty is that no one knows.  No one can know.  When the Commission approved the first illegal mural, the Little Havana community appealed the decision in court.  A settlement agreement was reached between the parties, the terms of which are bound by strict secrecy.

What?  You don't believe me?  You laugh and say this could never happen?

You are right dear reader.  Such a travesty of justice would never happen --in Little Havana.

But it could, and did, happen on Miami's Upper Eastside.

Only the names and national identity of the restaurant and its flag have been changed to protect the record.

HOLD UP, MAYBE NOT

It seems that the owners of La Placita restaurant, having succeeded in getting approval from the city commission to keep their flag on the wall have now decided to double-down, and I've been told that this item on the Historic Preservation agenda is to discuss their being allowed to get an after the fact permit that would allow them to continue to have tables and chairs on the sidewalk. 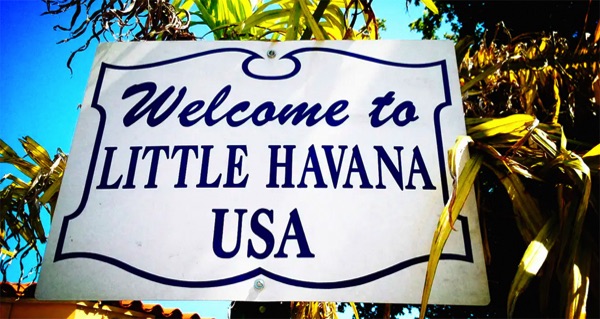 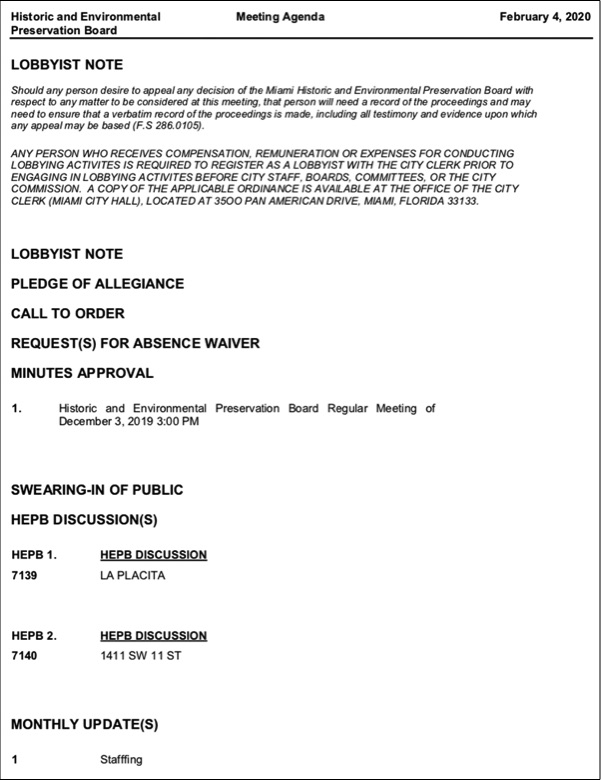 I'VE DECIDED TO TAKE THE DAY OFF AND INSTEAD OF ANOTHER ONE OF MY BORING STORIES WITH PHOTOS, VIDEOS, AND SUPPORTING DOCUMENTS, I'M POSTING A MID-WEEK FANTASY FROM A READER WHO HAS A DEFT TOUCH WITH PORTRAYING REALITY - AS WITH ALL FANTASIES, MAKE SURE YOU READ TO THE END.