AT A COMMISSION MEETING WHERE THERE WERE PUBLIC ACCUSATIONS OF COMMISSONERS BEING ON THE TAKE, AND MEMBERS OF THE ADMINISTRATION BEING IN ULTRA'S POCKET, AND WHERE WILLIE GORT DECLARED HOW HONEST HE HAD BEEN THROUGHOUT HIS TIME IN OFFICE, HE  FAILED TO RECUSE HIMSELF ON A VOTE THAT GAVE CAMACOL INC. $10,000. GORT IS A BOARD MEMBER CAMACOL INC. SOME WOULD CALL THAT A CONFLICT OF INTEREST. IN MIAMI, WHERE FOLLOWING THE LAW IS NOT A REQUIREMENT, BUT JUST AN OCCASIONAL OPTION WHATEVER WILLIE DID IS CALLED ANOTHER DAY AT CITY HALL

Here is the stylus on the Resolution. Notice that the money is going to fun "professional education to acquire business acumen in international business," an area where Gort is directly involved. 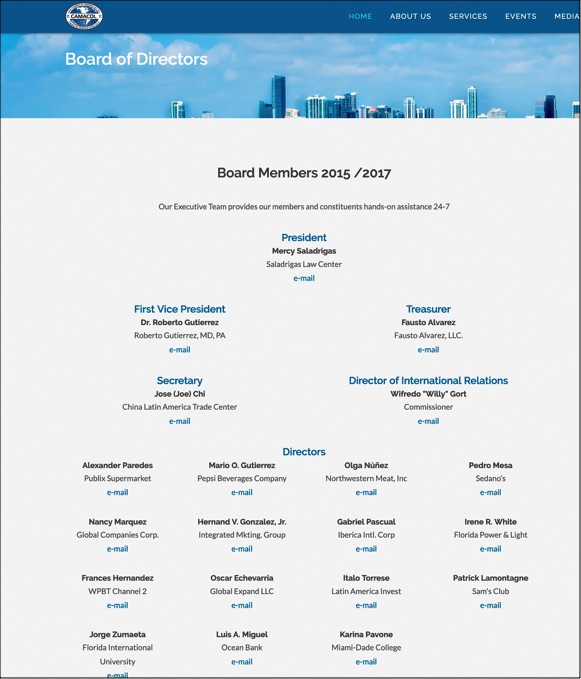 Below is the video of what went down. When you watch it you will see that Commissioner Reyes recuses himself because his son Manny, is a lobbyist for CAMACOL, Inc.

If the father of a son who is a lobbyist for CAMCAOL believes that he needs to recuse himself because his son has a financial interest by representing CAMACOL, why wouldn't a board member believe that he should recuse himself?

Recusals as the result of an elected official having a direct or indirect financial interest in a separate agency receiving money from a vote that he/she casts are not as clear cut as some would believe: Go read Florida Statute 112.311 - 312.

Gort has been a long-time member of the CAMACOL, Inc. Board, where he has benefited financially from that relationship, including CAMACOL paying for some of his trips around the world during he years he's been on the commission, and everywhere he's gone regardless of who paid for the trip he's touted made it a point to toutCAMACOL, and/or it's annual Hemispheric Conference, as he did in Poland in 2015.

Gort has always been very careful to reveal as little as possible about his financial ties to CAMACOL, Inc..

His required annual financial reports make no mention of CAMACOL, Inc., but then, like the mayor and his fellow commissioners Gort's treated those annual financial reports as a nuisance that for the most part has resulted in his filing the same reports year after year without fear of being questioned as to the truthfulness or accuracy of what he claims are his sources of income.

Of course, Gort has no fear these last few months in office of anything happening to him as a result of however he votes, and whatever he does behind the scenes because he's covered by the Family and Friends Plan, as I revealed in my June 4, 2014 story on Gort's receiving $18,000 in free bus bench advertising during his reelection campaign from the company that had the city contract.

In that story I included a number of the FDLE Investigative Reports including the one by Special Agent Jeffrey Promerantz, where he recounted how the Chief of Katherine Fernandez-Rundle Public Corruption Unit shut down the investigation a couple days after he asked for a subpoena to seize Gort's computers and email. 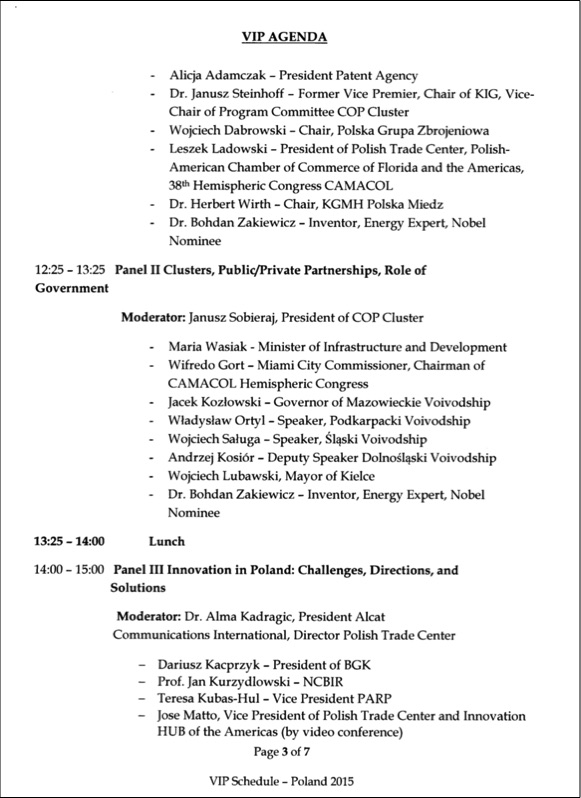 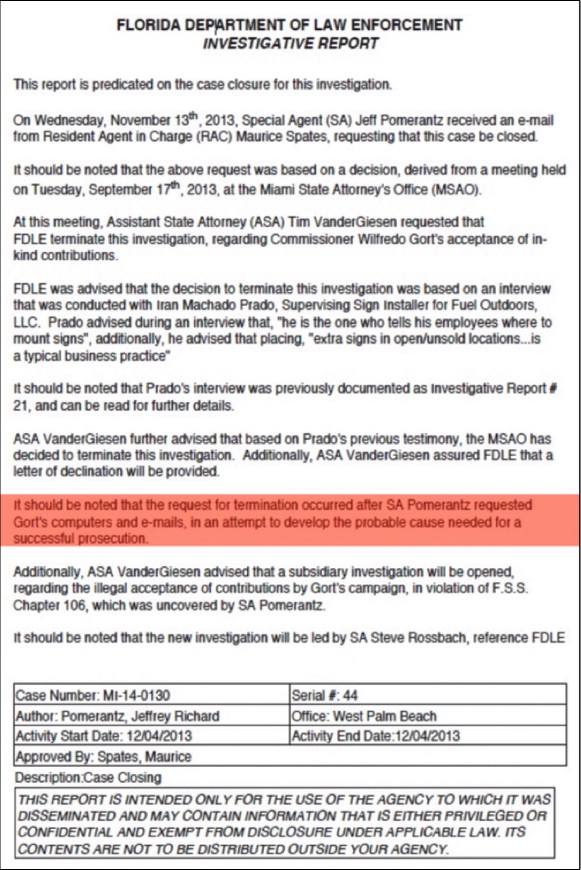 For a while Gort has been telling folks that he can't wait to leave office so he can start making some "real money," and at yesterday's meeting besides voting to give CAMACOL $10,000, he revealed that he'll be opening an office on Flagler Street after November..

It'll be interesting to see what services Willie will be offering when he opens that office, and who walks through the door.