EDDY LEAL, THE MAYOR'S NEW COUNSEL  GOT HIS WEENIE CAUGHT IN A MEAT GRINDER, AND IT'S BAD ENOUGH TO WARRANT A BAR COMPLAINT BEING FILED AGAINST HIM FOR SLEAZINESS IN THE FIRST DEGREE 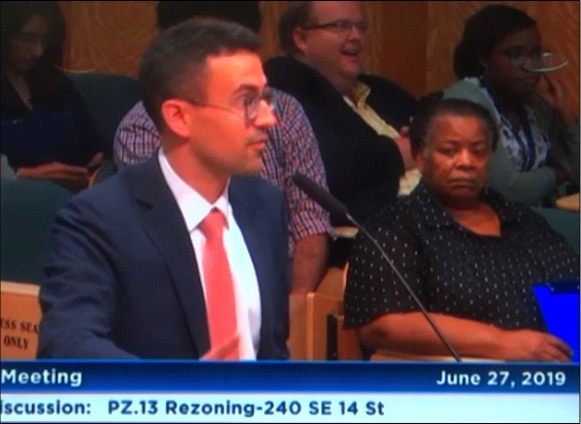 I continue to be amazed that I can say, you can't make this stupid shit up.

Of all the lawyers in Miami that Mayor Francis Suarez could have recruited to be his "counsel," the fact that he chose a guy with the lack of smarts and the obvious greasy ethics of Eddy Leal, speaks volumes about just how stupid Leal has to be and how blind Suarez is to the perception that his prancing around the world posing for photos and making vapid comments about climate change, economic development, and affordable housing is nothing other than the efforts of a self-promoting politician looking to create a progressive image that can be useful in his future political efforts.

The only problem is that while the cat is away, the mouse will play, and while Suarez was away at the US Conference of Mayors, Eddy Leal demonstrated once again that when it comes to behaving badly, no one does it better that the morons who populate Miami City Hall.

This story has two parts.

Part one is an anonymous file that was circulated to some of the City Commissioners before last week's commission meeting, and although one commissioner's office who I contacted to obtain a copy of this file claimed not to have received a copy, I find it hard to believe that this file wasn't only delivered to every office in the building, but that it wasn't nailed to the door of City Hall like Martin Luther's, 95 Theses were nailed to the All Saints Church, in Wittenberg, Germany in 1517.

The file contained a 4 page narrative, alleging a series of unethical actions with 68 pages of backup documentation. The complete file can be found at the bottom of this story.

To make things simple, I have copied the 4 page narrative which sets out the misbehavior alleged to have been committed by Leal, and then below that I have included a portion of the video of last week's commission meeting where Commissioner Reyes confronted Leal.

Leal's appearance in the Commission Chamber's prior to and at the beginning of the discussion on the PZ item dealing with the Babylon, his comments to Reyes about his involvement representing the condo associations opposing the PZ item, and then his disappearing from the chamber like a rat being chased by a cat with claws - in this case attorney Melissa Tapanes - who wanted to cross exam him about his comments are absolutely priceless.

Leal is so stupid that to have put himself in the firing line like he did, one has to wonder whether somebody else took his test to get a Bar license in the 3 states he's licensed in, because I doubt he' s even smart enough to represent clients in traffic court.

To add insult to injury, it's the taxpayers of Miami whose hard earned money is being used to pay this moron, $110,000.