NOT A SINGLE NORTH AMERICAN  OR MIAMIAN IN THE BUNCH 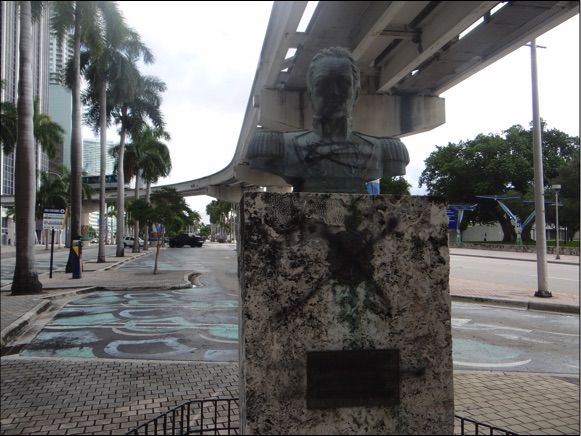 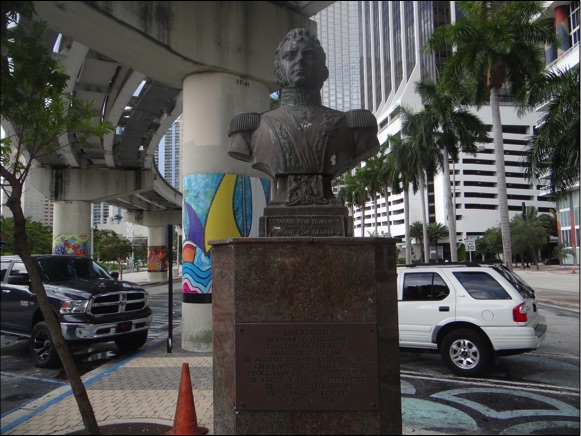 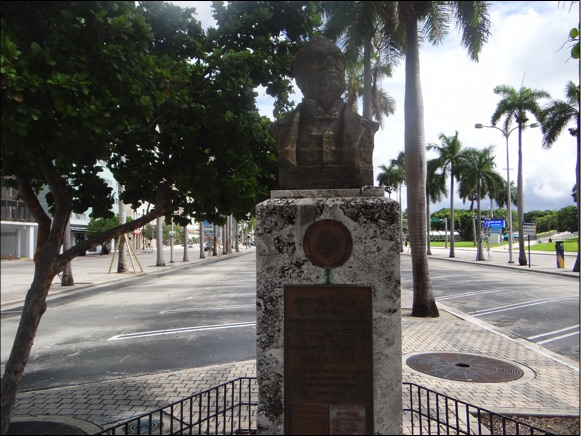 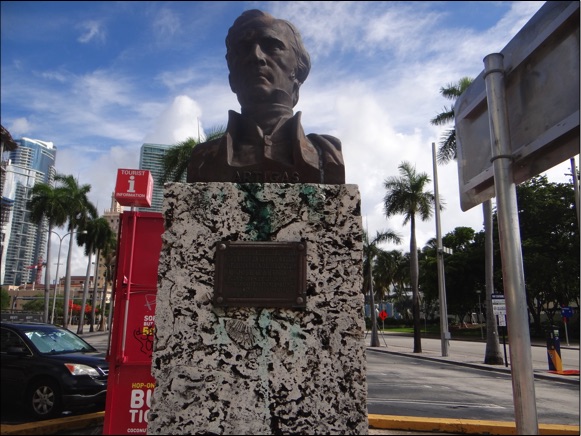 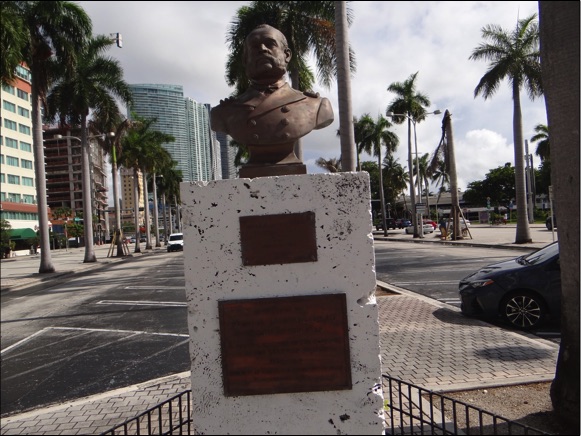 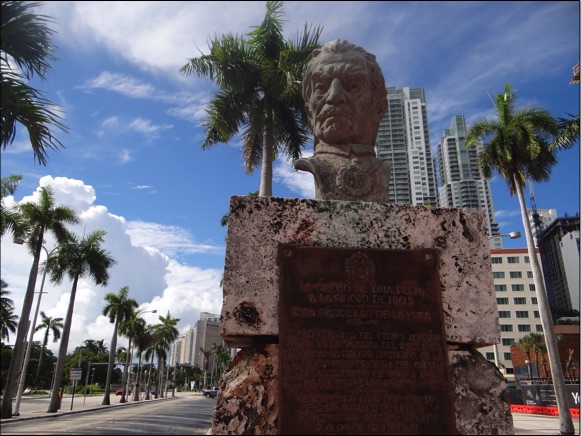 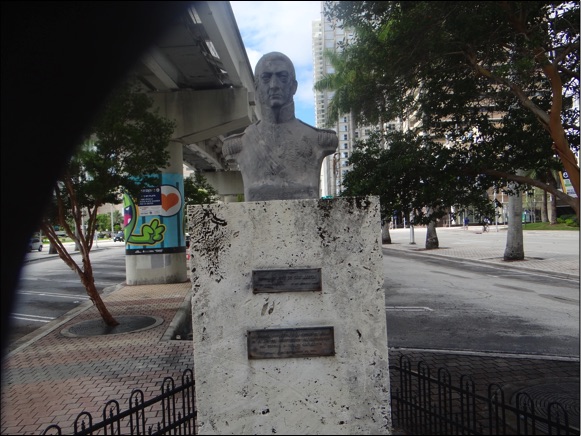 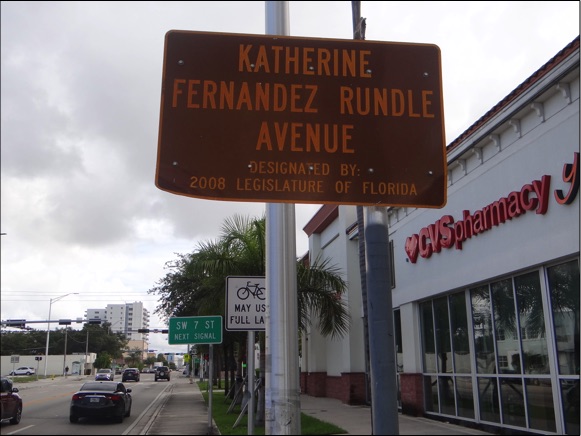 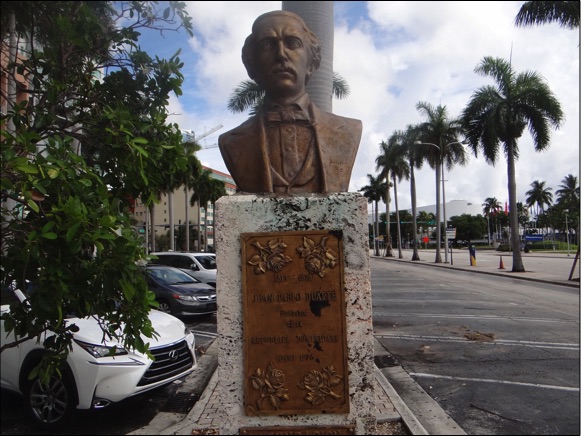 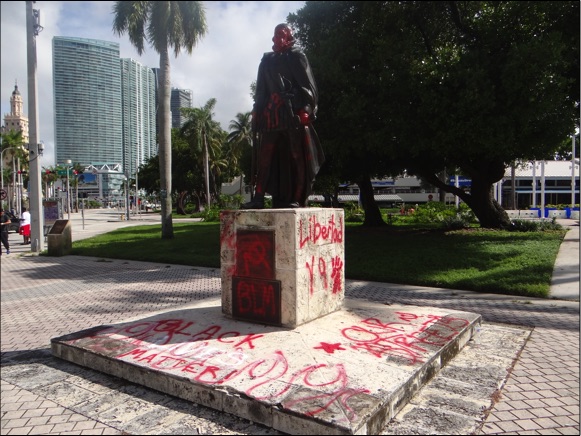 In the years after 1979, when most of these busts were placed on the Boulevard, things got so bad that when a school teacher wanted to get a portion of a street in Kendall named after Marjory Stoneman Douglas by the county commission, which by then had also become Cubanized, she was amazed that while there were streets named after Leonel Martines, a drug dealer, baseball player Jose Canseco, who had a street named after him, even though he had been convicted of driving 120 miles an hour and carrying a loaded semi-automatic pistol, but before the book came out detailing his steroid use.

Not to be outdone, the Miami City Commission in an obvious tip of the hat to potential bribers everywhere named a portion of NE 2nd Avenue after banker Abel Holtz, who was convicted of lying to a Grand Jury about allegedly bribing formeer Miami Beach Mayor Alex Daoud. 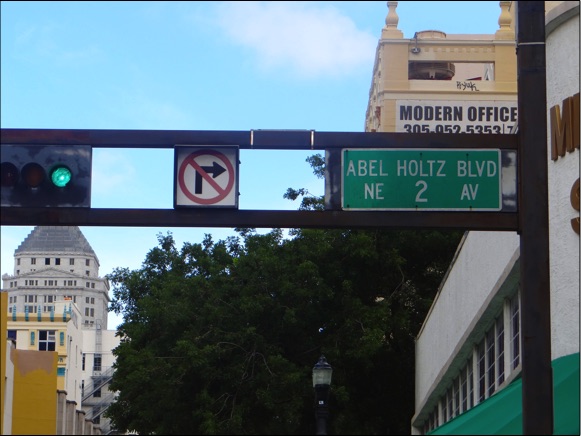 Sometimes it took a little backroom arm twisting to get a street named in honor of one of Miami's Cuban exile notables, such as when Katherine Fernandez-Rundle, the Miami-Dade State Attorney had her staff "reach out" to Mayor Tomas Regalado to find out why the City Commission wouldn't approve the political decision of the Florida legislature to rename part of SW 12th Avenue in her honor. 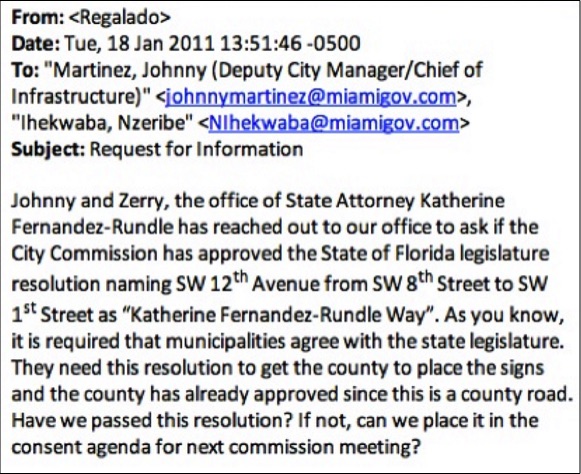 Unbeknownst to many people was that at that same time, former Mayor Joe Carollo was digging into Tomas Regalado's campaign account after his run for mayor in 2010, and uncovering a series of financial problems that he delivered to her staff.

The pressure to rename the street, and the information to investigate Regalado collided with predictable results.

Katherine Fernandez-Rundle with Regalado's support received her street sign, and her office in turn egregiously allowed the clock to run out on the ability to criminally charge him and his daughter Raquel for the campaign violations that were eventually substantiated.

In the years that Cuban exiles went from back benchers to  controlling positions in the leadership in both the Florida House and Senate, they too managed to slap the names of grandfathers, fathers, brothers and cousins on taxpayer streets all over Miami-Dade County.

There are however only so many streets, and so in 2018, Commissioner Joe Carollo decided that more than just the naming of streets was needed to drive hom the fact that Cuban exiles not only controlled Miami, but that in doing so they deserved their own flag. 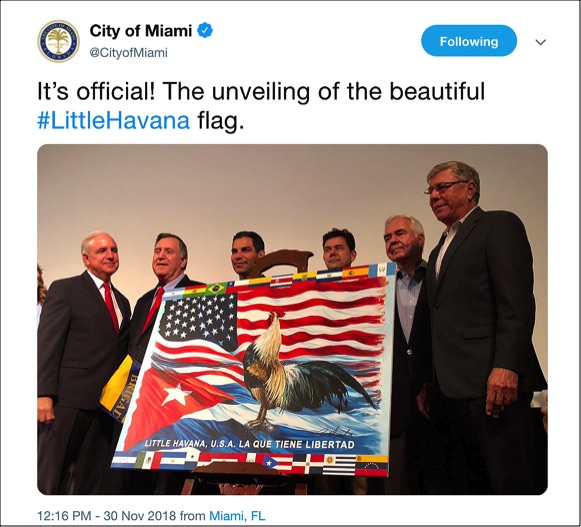 The Cubans who came to Miami in many ways have treated the city and it's history as if they were conquers. They did far more than assimilate, they've dominated, and in doing so they've ignored or brushed aside the history of the city created by everyone else.

In PART II, we'll discuss a portion of that brushed aside history.

Miami has never cared much for it's own history.

If you want to know anything about the founders of the city you have to go to the cemetery to look at their mausoleums and tombstones because unlike most big cities, and even many more smaller ones, there are no statutes anywhere that celebrate either the founders, or the citizens who in their own ways played a significant part in the history of the city of Miami, with one exception: There is a statute of Julia Tuttle inside Bayfront Park, but it's not in a prominemt place as befits the founder, and first developer of the city.

Biscayne Boulevard is considered Miami's signature street, and it is here where you might expect to find a statute or two to Julia Tuttle, Henry Flagler, or any of the other early pioneers, but you won't.

Instead, what you'll find are statutes of Spanish explorer Ponce de Leon who got an impromptu coat of spray paint last week by protesters, and if you turn around after from Ponce's statute, you'll see a series of busts of various South American generals, admirals, and a couple writers on pedestals placed at the street corners in the median parking lots from Flagler Street north to 5th Street.

All of them were leaders in their countries fights of liberation against Spanish rule, and no doubt some of them managed kill a lot of people and destroyed a lot of property in the process.

While all of them might deserve an honored place in their countries for their efforts, it is questionable whether any of them deserve a similar place on Biscayne Boulevard.

But they are there in no small part because they were placed there after the first wave of Cuban exile political leaders clawed their way into Miami City Hall.

Say what you will about the Cuban exiles who made their way to Miami, the one thing they brought with them was a Latin sense of history and especially their role in it.

There isn't a plaza in any major city in a Central or South American country that doesn't have statutes of just about every tinhorn who managed to convince a group of peasants to follow them into battle - often the statutes feature a heroic man on horseback, waving a sword and looking towards the horizon - and no one seems to have done it better than Simon Bolivar who managed in his lifetime to wage 100 battles for independence in the countries of Venezuela, Bolivar, Colombia, Ecuador, Peru and Panama.

Of course the aftermath of all these quests for freedom didn't always work out as planned, and it was Bolivar himself who on looking back at his life lamented, "Fellow citizens! I blush to say this: Independence is the only benefit we have acquired to the detriment of all the rest."

All of the rest included many of the benefits of free societies starting with stable governments as evidenced by the last hundred years of political dysfunction that occurred in all of those countries, as they went from military juntas, to strongman dictators to unstable democracies tetering from one challenge to the next.