On a day when the city's financial condition is revealed as becoming bleaker and redder, it's only right that the taxpayers should know that some of their hard earned tax money is being spent on the city's efforts to continue to fight the 3rd DCA's recent opinion that ruled that the city should turn over the first round of petitions collected to Recall Commissioner Joe Carollo.

The city appealed that decision and asked for a reharing by the full court which they denied yesterday.

Although the motion filed on behalf of Rod Piper - the head of the petition committee - to force the petitions to be turned over to the Board of Elections, you can expect that the city will take this to the State Suprement Court, not because they expect to win, but just to keep eating up the clock.

All on the taxpayer's dime.

Winker Motion On Carollo by al_crespo on Scribd 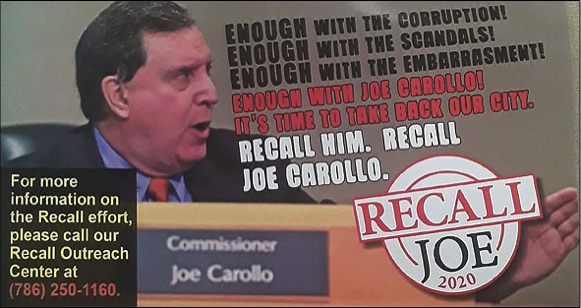