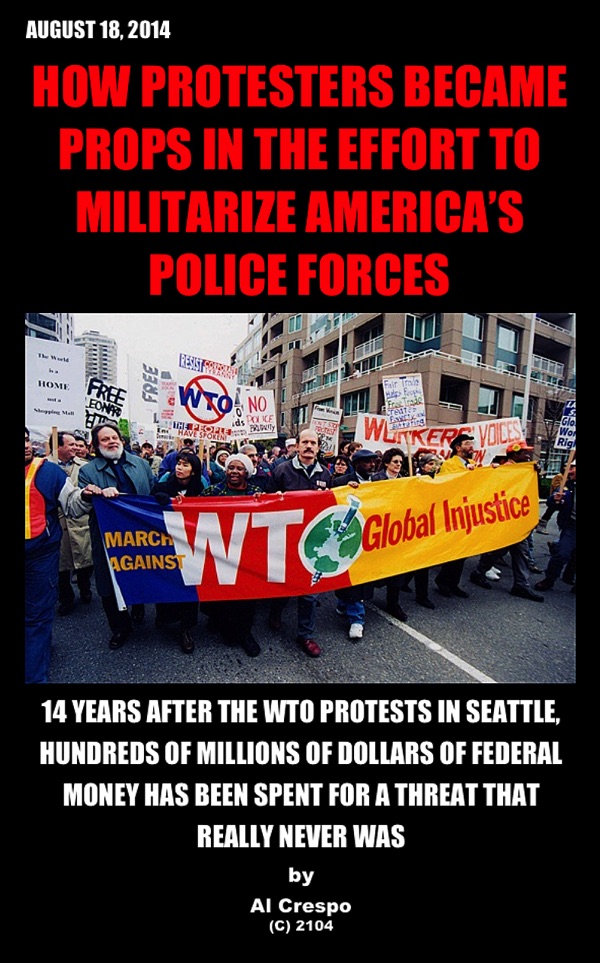 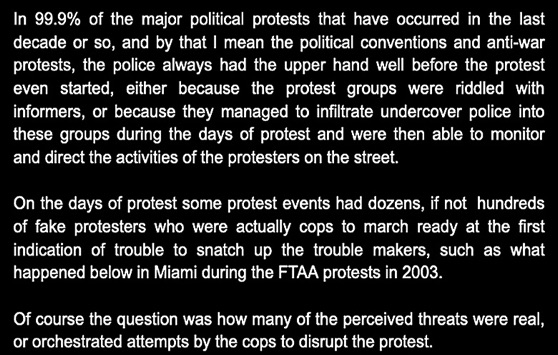 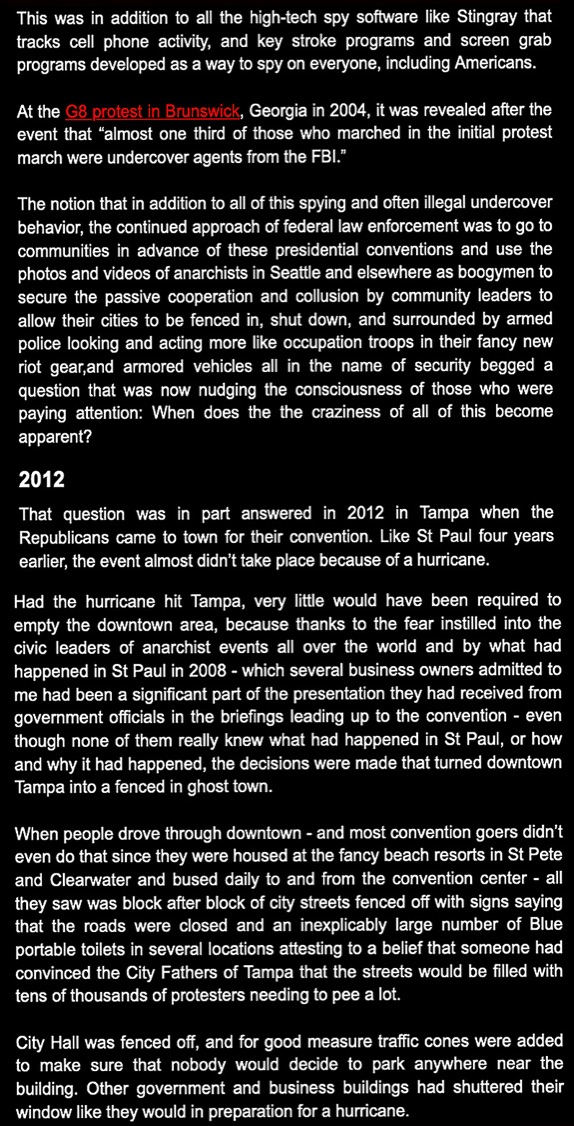 Today's protesters are experiencing things that to them are new, but that have been occurring at protests across our  country for decades.

Cops removing badges with their ID numbers. Not new.

Harassing and arresting lawyers from the National Lawyers Guild who are acting as observers.  All the time.

Arresting street medics trying to help protesters who have been gased or beaten.  Absolutely.

Shooting protesters with rubber bullets at close range? You betcha.

Protesters marching around with signs and shouting slogans and then going home as clueless as they were when they started about the way in which the politicians, the cops and local business leaders manipulated them into becoming props and foils for their own agendas.  It's as American as apple pie.

Below is an overview of my personal experiences as a photojournalist who spent years and a lot of money in a personal project to document protests across the Americas as we reached the end of the 20th century, and entered the 21st.

In those years, if anyone was pissed, I pretty much showed up to photograph them.  When I wasn't taking photographs I was watching, listening and learning.

The below overview is a part of what I came away with from all of those experiences.

This piece was originally written and published in 2014.

( All the links work)