JUDGE ALAN FINE RULES AGAINST THE CITY, ORDERS PETITIONS TO BE TURNED OVER TO THE COUNTY BOARD OF ELECTIONS

In a decision that was widely expected, Miami-Dade Circuit Judge Alan Fine this afternoon rules against the City of Miami's efforts to stop the recall effort against Miami City Commissioner Joe Carollo by refusing to forward the recall petitions to the Miami-Dade County Board of Elections.

I was not able to attend, but I expect that Elaine De Valle on her blog Political Cortadito will have a full update before the end of the day.

You can check in with her HERE.

The judge also allowed Joe Carollo to enter the case as an intervener, which means that an appeal of Judge Fine's ruling will probably be forthcoming, further creating problems for the recall effort because of the time that will be consumed by an appeal to the 3rd DCA.

In any event, the first round goes to the Recall folks. 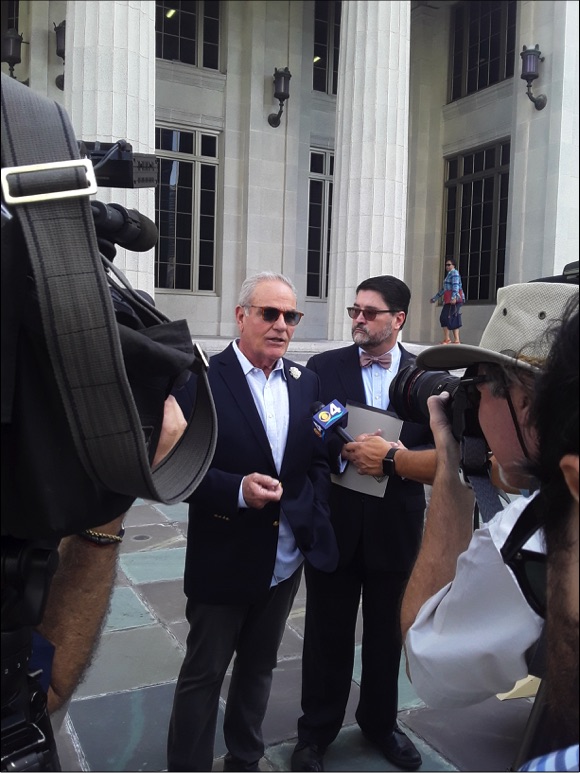 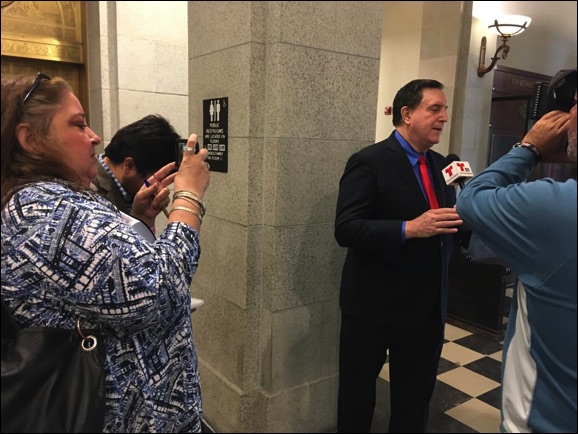 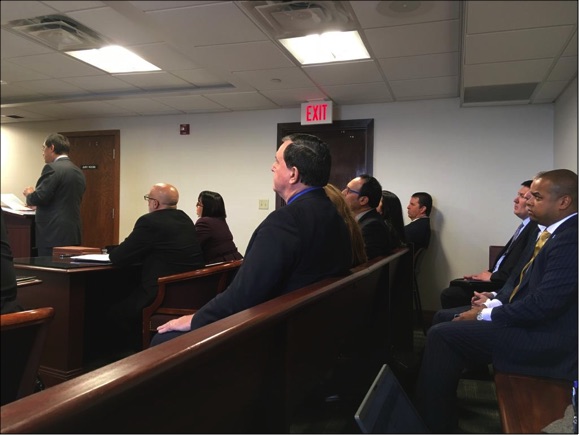 Joe Carollo and Commisison Chairman Keon Hardemon - last row - listen to Carollo's attorney Ben Keuhne try to argue against allowing the petitions to be fowarded to the Board of Elections.

Joe Carollo answering questions outside of the courtroom after judge ruled against the city's effort to protect him against the recall petitions being forwarded to the Board of Elections.