HEY ART NORIEGA, YOU'RE NO LONGER AT THE PARKING AUTHORITY WHERE YOU COULD DO YOUR LITTLE BACKROOM DEALS WITH TOW TRUCK OPERATORS AND BULLSHIT THE SOCK PUPPETS ON YOUR BOARD. AS THE CITY MANAGER OF MIAMI, ONE OF YOUR BIGGEST RESPONSIBILITIES IS TO BE OPEN AND TRANSPARENT. RIGHT NOW YOU'RE GETTING AN F-

Art Noriega is another in a long line of guys who were proclaimed to be rocket scientists by the hack politicians at Miami City Hall until they showed up for work, and then each in their own way turned out to be duds.

The last dud, Emilio "Colonel Klink" Gonzalez, turned out to be both a dunce and a weasel, and consequently, when Art Noriega was led into the spotlight everybody was once again was ready to genuflect to the next pretender to the crown, because if nothing else all the power players knew that Art was one of them.

He's been a player for many years, and although few people really understood what he did at the Miami Parking Authority, the authority made money, and Art was smooth and facile in corporate speak, and best of all was always happy to help a pal or spread a little of that MPA money around.

Art Noriega has been the City Manager of Miami almost a month now, and to be fair, it's probably been the worst first month on the job that any city manager of Miami has had to deal with.

But, even giving allowing for the circumstances that Noriega finds himself in, there is absolutely no excuse or justification for allowing tonight's city commission meeting to go on without there being a real agenda, an agenda that includes documents, draft contracts, Resolutions and any and all the paperwork that not only insures that the city's business is being done transparently, but that the the public's right to know and be informed is respected.

Art Noriega is definitely Alex Diaz de la Portilla's personal butt boy - no one in the know will deny that that is how he got the job of city manager - but for this agenda of this meeting to only include 4 Discussion Items sponsored by Diaz de la Portilla is either evidence of a violation of the Sunshine Law, or the usurpation of power means that Francis Suarez has not only sold his ass to Noriega and Diaz de la Portilla, but also the city.

Noriega has always has a sense of hubris about him because of his gift of gab, but he has to understand here at the beginning that all the bullshit that he used to get away with over at the Miami Parking Authority because no one wanted to devote the time and energy to go rooting around in what was obviously a little pig-sty of sweetheart deals with tow truck companies and a board of directors that included the likes of Larry Spring, who after skating on the allegations that he was up to his bald head in the scheme to bribe former Miami Police Chief Miguel Exposito - you can read my story, read the FDLE transcripts and actually listen to the audio tape of the wire that Exposito wore in one conversation with Spring HERE - Spring then went on to somehow become the City Manager of North Miami, where in due course he left under a cloud.

The stench of corruption that follows Spring wherever he goes didn't stop Noriega from personally putting him on the MPA Board, which should tell you a lot about Art Noriega and not only his willingness, but his preference to surround himself with dirtbags.

Noriega is also no stranger to abusing the taxpayer's money as I documented in my story about his abuse of his MPA expense account before he was appointed by the commission to be the city manager, but now that he's the city manager, all of that hocus pocus bullshit has to stop.

Below is the agenda for tonight's commission meeting. In addition to the fact that the agenda only includes 4 "DISCUSSION" ITEMS there are absolutely back up documents related to any of these items.

This is neither a mistake or an oversight! This was clearly done on purpose because as long as the items are listed as "discussion" items, the real documents, contracts and agreements can be kept secret.

Below the agenda, you will see some of the documents that should have been included as part of the agenda packet. 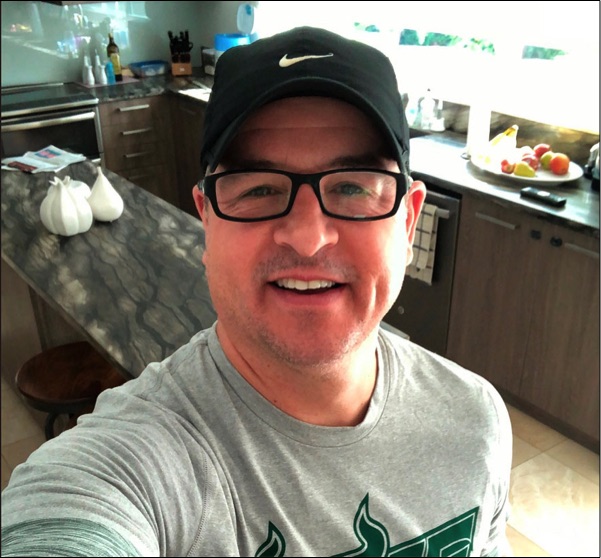 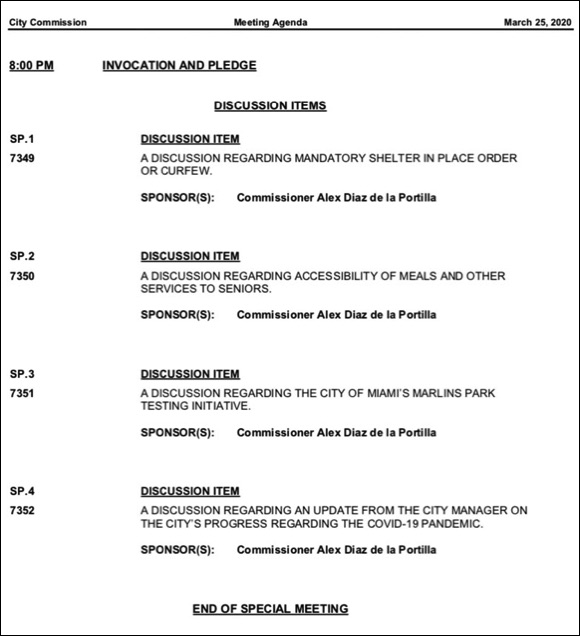 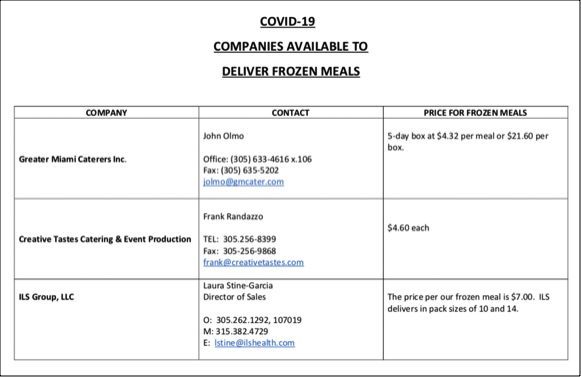 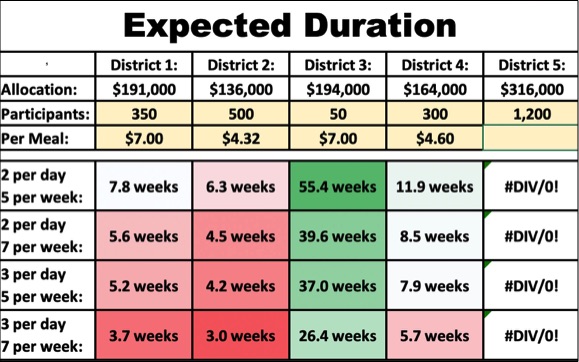 Among the 4 items on the agenda, Discussion Item #2, dealing with providing meals and other services is one that have already raised concerns as allegations have been circulating about Diaz de la Portilla ordering meals to be delivered to a county building in his district to feed seniors and having those meals rejected because he didn't have authorization to use a county facility, and another allegation involving Francis Suarez's other favorite cousin, Steve

No matter where you go in the city of Miami it seems that the Mayors' cousins Steve and Andrew somehow are often lurking in the bushes. In this case Steve is business partners with one of the owners of a company that prepares and delivers home meals.

I didn't figure it was worth going out and doing what I normally would to try and get first hand confirmation of these allegations because these are just one small part of a larger set of issues that needs to be dealt with in the open and with transparency.

As I stated above, the agenda that you see above doesn't have a single backup piece of documentation.

That doesn't mean that such documentation doesn't exist. On Tuesday morning all of the City Commissioners were sent an email from Art Noriega that included the following three documents related to Item #2.

These documents by right should have been included as backup material in the public agenda.

I do not believe for one moment that the above 3 documents constitute all, or even more than a minuscule part of the documents that have been generated by Art Noriega and the City of Miami regarding, "MEALS AND OTHER SERVICES TO SENIORS"

And we cannot focus on just this one item. I believe that ALL OF THE DOCUMENTS that are part of the other 3 "Discussion" Items should have been included also.

The city, the county, the state and the country might be in the midst of a state of emergency, but that does not absolve public officials from behaving as public officials, and not as pickpockets or petty dictators who believe that this crisis allows them to ignore or evade the rights and obligations to keep the citizens informed about what they are up to.

Noriega has always had a bad habit of believing that he can lie and withhold public records - that how he and I met, and after he lied to me, I sued his ass, and I will again if I have to - and unfortunately history has repeatedly told us that the bending or ignoring of laws and norms that are justified as being temporary evils during times of crisis or emergency often become bad behavior that becomes permanent until the cops come in and perp walk these politicians out the front door of city or county hall.

Unfortunately, in South Florida, you can't trust the cops either, because the Chief of Police in Miami has long operated as Francis Suarez own personal butt boy, and the FBI has let it be known that they're only interested in big bribery cases that will generate headlines.

So, it's up to the citizens to stand up now, and DEMAND that tonight's agenda include ALL the backup documentation that should be rights be included!

IF YOU HAVE INFORMATION REGARDING THE ACTIVITRES OF ART NORIEGA, OR ANY OTHER PUBLIC OFFICIAL IN THE CITY OF MIAMI INCLUDING ALEX DIAZ DE LA PORTILLA, JOE CAROLLO AND THE OTHER COMMISISONERS, AND MOST ESPECIALLY CITY ATTORNEY VICTORIA MENDEZ THAT YOU THINK IS INTENDED TO KEEP THE PUBLIC IN THER DARK ABOUT WHAT THEY ARE DOING DURING THIS CRISIS , PLEASE CALL ME AT: 305.759.4788, OR SEND ME AN EMAIL AT: al@alcrespo.net