On May 11th, in response to my first series of public record requests, Ron Book wrote me and included the following:

"If you ever attend a Homeless Trust meeting and

randomly stand and shout out a question, “I have

heard your Chair has a favorite word”, the room

would reply, YES!! You might choose a reply, “what

Chair also have a favorite phrase, the reply would

like your review when you receive this one. My

“favoritest” word will be your reply!!

Book's claim of being "cheap and frugal" as the Chairman of the Homeless Trust that deals with the down and out in our society clashes with a personal lifestyle that includes driving very expensive cars including a Lamborghini, plunking down over $1 million for his daughter's wedding, and wearing expensive watches, including a diamond encrusted Rolex.

Book is a guy who obviously has no problem flaunting the trappings of wealth that his success as a lobbyist has provided him, and about the only thing he hasn't done yet is to start wearing pimp suits to match the cars and watches.

There is no telling just how much Ron Book makes as a lobbyist, because like an iceberg, a lot of the financial wheeling and dealing that lobbyists like him engage in takes place below the surface or behind closed doors shielded by the "privacy" of attorney/client privilege.

One thing is certain however, to make money you have to spend money, and while Book might claim that when it comes to his stewardship of the Homeless Trust he's "cheap and frugal," when it comes to handing out campaign donations, he's anything but.

In the last 10 years, he, his law firm, his political consulting companies, his wife, his daughters and his son have collectively given $292,985.00 to candidates for the offices of Miami-Dade County Mayor and County Commission, the Miami-Dade School Board, as well candidates for the Property Appraiser and Clerk of Court's offices, along with a handful of judges, and for good measure a handful of PAC's and ECO's supporting these candidates.

In addition, from 2017 to 2019, he also donated $15,000 to the Strong Mayor campaign of Francis Suarez and to Miami city commission candidates Manolo Reyes and Alex Diaz de la Portilla. (NOTE: The complete list of all of these donations will be found at the bottom of this story.)

Book it seems, is a guy who has never met a politician with his/her hand out for a worthy cause that hasn't prompted his generous nature into giving them a check, as revealed recently by the Broward Bulldog where they reported that Book and one of his clients, the Miami Dolphins, each gave $5000 checks to Miami Gardens Mayor Oliver Gilbert III's personal computer laptop giveaway, which prompted the Miami-Dade Ethics Commission to issue a set of instructions recommending that the City of Miami Gardens change some rules in order to remove the unsavory suspicion that  these donations were a backdoor effort to gain special treatment for the Dolphins and other businesses that also coughed up money this way. 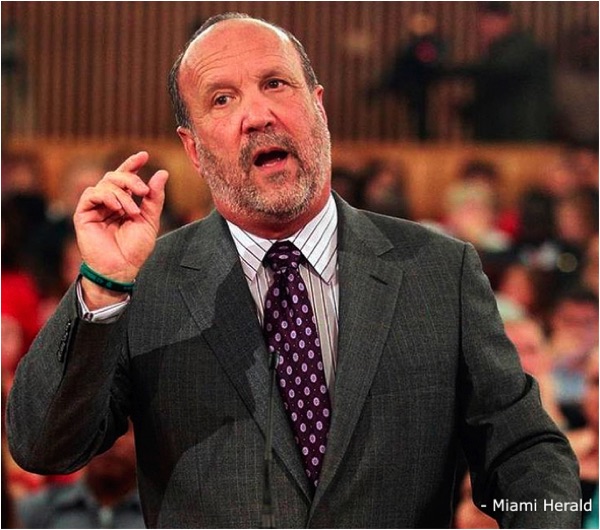 I'm sure that if you are one of my regular readers you will not be surprised to learn that Mayor Gilbert III, who is now running for a seat on the Miami-Dade County Commission has so far received $5000 to his campaign from Book, or that the Gilbert III is on the board of the Homeless Trust, thanks to an appointment from the Miami-Dade League of Cities.

The League has a special place in local politics when it comes to  slipping folks into cushy seats on various boards such as last December's appointment of outgoing Miami City Commissioner Willie Gort to a seat on the Miami-Dade Ethics Commission - talk about a fox guarding the hen house - as a reward for his services as a Grifter and the employment of the League's Executive Director's wife while he was a commissioner.

Gilbert is not the only interesting appointment to the Trust board, but even though I finally managed to get an up-to-date list of the board members, you'll not learn that Gilbert III is on the Trust board because after 4 months of pointing out this problem, the Trust has yet to update it's website.

Another interesting discovery is that Miami-Dade County Mayor Carlos Gimenez and Carlos Migoya, the CEO of Jackson Health Trust were both appointed to seats on the Trust board by the Greater Miami Chamber of Commerce, which for the mayor is very strange given that Book reports to, and has to get permission for a lot of the Trust's activities from Carlos Gimenez, who as the strong mayor, has direct supervision over the Trust's activities through his Deputy Mayor, Maurice Kemp.

On that basis you would think that Gimenez would automatically be an ex-officio member of the Trust, but obviously that is not the case because the 5 so-called "Ex-Officio Seats" are taken by Miami-Dade School Superintendent Alberto Carvalho, County Commissioner Dennis Moss, Miami City Manager Art Noriega, Ines Hernandez of Miami Homes For All, inc. and Gilda Ferradaz, the Interim Regional Managing Director of Circuit 15 & 16 Department of Children and Families.

And, before I forget, besides Miami-Dade County, both  the Jackson Health Trust  and the Miami-Dade Public Schools where Carlos Migoya is the CEO, and Alberto Carvahlo is superintendent are also represented by Book in Tallahassee.

There are so many opportunities and occasions for the Quid to meet the Quo when it comes to Book and his "clients" that the list of the board members of the Trust should come with a Venn Diagram.

In and of itself, the discovery of Book's wholesale efforts to buy influence with the same county commissioners who for years now have openly turned a blind eye to the complaints about his management of the Trust is just part and parcel of the level of political corruption that goes on inside Miami-Dade County on a daily basis.

The degree of political duplicity that these county commissioners have engaged in when overriding the provisions of the County Charter that require members of the Homeless Trust Board to live in Miami-Dade County - Book lives in Broward County - and the refusal to support the County Charter's requirements for term limits for board members indicates that the money that Book has spent on buying these commissioners has indeed provided a real return on his investment.

Oversight of the Homeless Trust as you will see in my future stories has been the equivalent of being gummed by a toothless lion - a lot of slobber and not a tooth mark in sight.

HERE ARE THE LIST OF COUNTY AND CITY OF MIAMI CAMPAIGN DONATIONS MADE BY RON BOOK, ET AL