Almost a year ago I wrote a story about a number of alleged zoning and code violations that West Grove resident Melissa Meyer had discovered while walking around her neighborhood.

The most egregious example was the construction of a duplex at 3374 Day Avenue, where you can see from the photo above that the new duplex was clearly in violation of the setback required between buildings.

Meyers complained to the city, the Miami Herald did a story, and I followed up my story by writing to new Zoning Director Joseph Ruiz, asking for some clarification about whether this was in fact a violation.

But this is Miami, so even though it was about as clear a violation of the city's zoning code that you would ever find, it turned out that the guy who was the Zoning Director before Joseph Ruiz, had approved the construction.

That guy's name was Devin Cajas, and a lot of questionable zoning approvals occurred while he was the Director of that department.

In fact, this wasn't the first time that Cejas' decision making had ended up in a courtroom, nor in a settlement agreement.

Just last month, before the effort to slip this West Grove item through in the consent agenda, another item was also introduced into the April 9th Commission meeting agenda involving a settlement of a 2018 federal lawsuit that had been filed against both the city and Cejas personally. 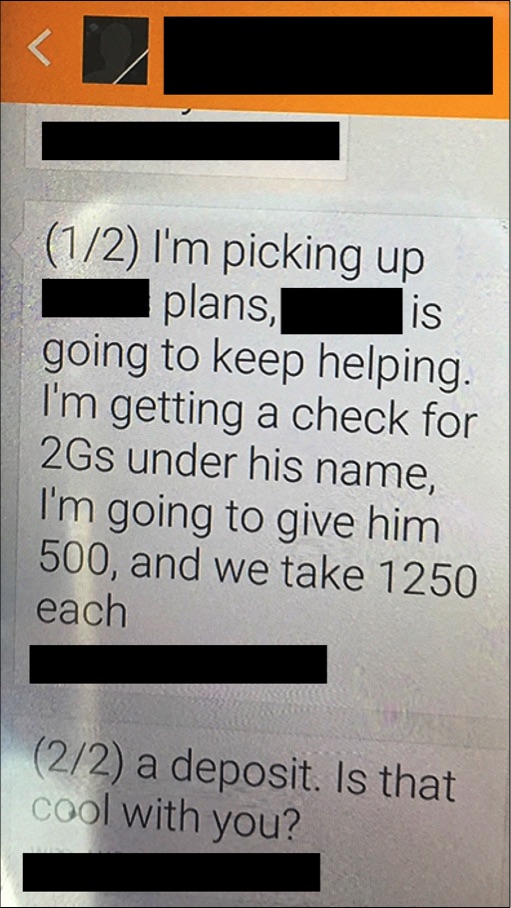 Allegations of outright criminal activity by city employee working in the Zoning Department were made to me on more than one occasion during the time that Cejas was the director, including this text message that I received that had been sent by a former between code enforcement inspector to his best friend and Zoning Department permit evaluator. 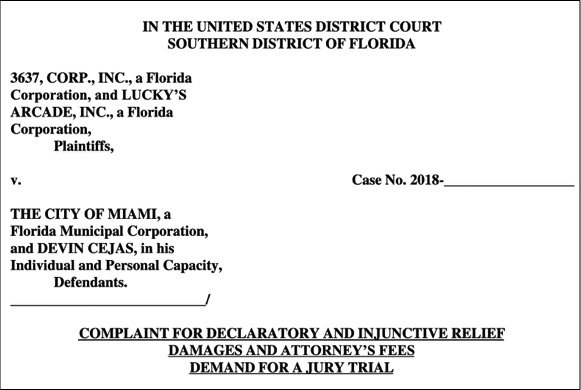 In this case, Cejas had gone out of his way, in what obviously appeared was an effort spurred on by others who had problems with the current strip club on the property upgrading itself into a fancier establishment.

Mendez had this settlement slipped into the consent agenda where it was unanimously approved.

Neither of these individuals now work for the city, but both of them were suspected of engaging in questionable activities during the last years of their employment.

I turned over this text message, along with others that I was provided to the Miami Police Department but have never heard anything more, although this should have been enough to provide probable cause for a subpoena of these guy's bank records, at the very least.

But now we're back to the illegal construction of 3374 Day Avenue.

To his credit Commissioner Russell spoke up and opposed the settlement being included in the consent agenda, and after it was removed, and the item was postponed, the developers, who had initially sued the city claiming that Devin Cejas' approval of their plans was all they needed to go forward, have now gone back to court to get a judge to release the hold that the city had put on their building permit.

Yesterday, Melissa Meyers jumped into that fight by having her attorney David Winker file a motion to intervene.

Here is Winker's letter to city officials, and a copy of his motion to intervene.

West Grove - Motion to Inte... by al_crespo on Scribd

AT THE LAST COMMISSION MEETING THE CITY ATTORNEY TRIED TO SNEAK A  QUESTIONABLE SETTLEMENT AGREEMENT FOR A LAWSUIT INVOLVING A ZONING ITEM APPROVED BY FORMER ZONING DIRECTOR DEVIN CEJAS INTO THE CONSENT AGENDA.