HOW THE MIAMI CITY COMMISSION, LED BY A POSER WHO CLAIMS TO BE A CHAMPION OF AFFORDABLE HOUSING, AND A SCAMMER WHOSE GOAL IS TO SCREW HIS CONSTITUENTS ARE NOW CONSPIRING TO  PERPATRATE A REALLY NASTY DEAL ON THE RESIDENTS OF LITTLE HAITI

Back in February, when Commission Chairman Ken Russell invoked the 5 Day Rule that stopped the train that had been prepared to move the Special Area Plan and ordinance allowing the Magic City Innovation - Little Haiti District, forward on a First Reading, he didn't do it out of any real concern that this massive project would result in the residents of Little Haiti being screwed over, as much as a response to how his own proposal to create a Neighborhood Conservation District - a plan that many considered to be highly controversial, questionable and even to some little more than a thinly veiled racist scheme that would badly impact the poor Black folks left in the West Grove - that had been voted down earlier in the meeting by his fellow commissioners, because none of them wanted an NCD in their districts.

In response, when Magic City items came back up for a vote Russell acted out of spite, and threw a log across the track.

But that was then, and after being talked to in backrooms about how commissioners don't screw over other commissioners - unless you're Joe Carrollo, in which case you do and say anything you want because man/boys Russell and Suarez are scared to death of him - Russell was ready and waiting to show his contrition and congeniality by making sure he guided the items through a First Reading at the next Commission meeting.

In fact, not only was he up and ready to screw the residents of Little Haiti by voting to support this massive development, but when some folks got there after the morning Public Comments portion of the meeting had ended to speak on the 2nd Reading of the ordinance to create the Little Haiti Revitalization Board - another part of the scheme put forth by Commissioner Keon Hardemon intended to screw the folks in Little Haiti, by allowing him to appoint all of the members of the Trust Board, Russell was quick to deny them the right to speak, even though allowing public comments at the time that an ordinance is formally brought up has long been part of the process.

Here is the video portion that shows Russell in action. 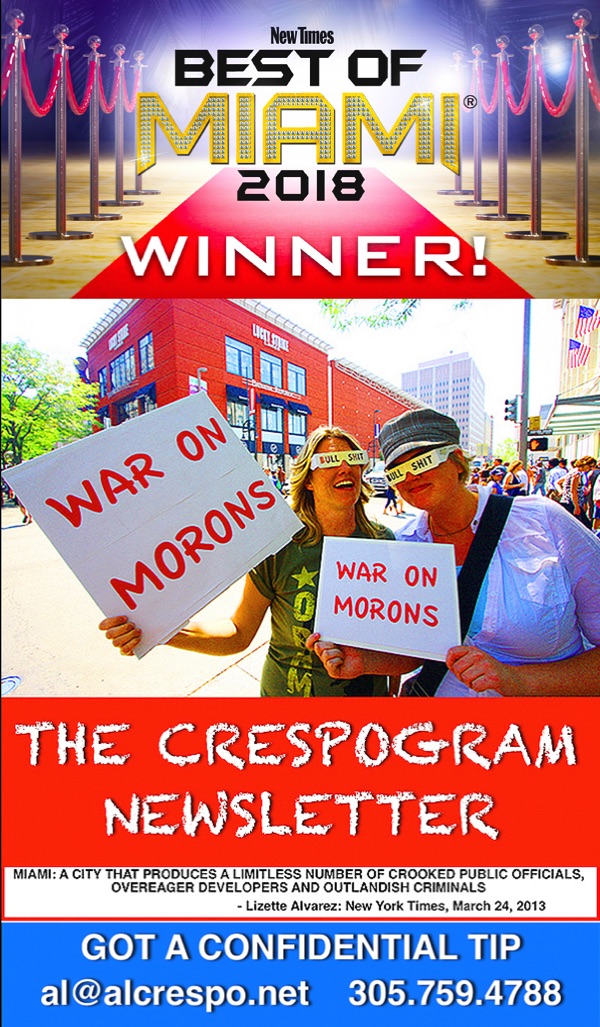 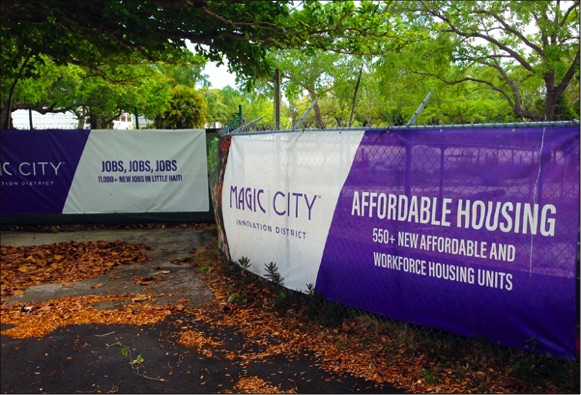 Just so you understand that my claim that allowing public comments at the time an ordinance comes up is not some figment of my imagination, and also so that you can appreciate just what dicks both Russell and Hardemon were in denying these peopole to speak, here are two video clips from a commission meeting in March of 2017 when Hardemon, who was then the Commission Chairman, immediately opened up the meeting for public comments on the 2nd Reading of 2 separate ordinances after the motions and seconds were made.

Russell has repeatedly demonstrated that he has no problem sacrificing, or ignoring the rights of poor Black folk on both the altar of historic preservation and affordable housing, as evidenced by his attempts to impose punishing restrictions on the folks who own the wooden shotgun houses in the West Grove - and action that caused several dozen of them to hire a lawyer and fight it out at a commisison meeting where his fellow commissioners agreed with the residents and overurned the historic designation that has been unfairly placed on their properties -  and by his efforts of having a Neighborhood Conservation District overlay placed on this same part of his district.

It should be no surprise therefore, that he'd screw the folks of Little Haiti with the same degree of arrogance that he's tried to do with the residents of the West Grove.

To underscore what is at stake with the approval of the proposed Magic City Innovation District, I have posted below another letter from Deborah Stander a resident of Palm Grove, a neighborhood bordering this new project that will be impacted negatively by this project - I published a previous letter she wrote on April 21st - where she has gone into great detail exposing just how bad this deal is for the city, for the residents of Little Haiti, and for the future of affordable housing in Miami.

I have no expectation that Russell, or any of the other commissioners will act any differently when this ordinance comes up for a 2nd vote later this month regardless of what arguments are raised,  but the one thing they won't be able to do after reading this letter is claim that they had no knowledge that a vote for this project in the format created by Commissioner Hardemon is just an outright screwing of a lot of people who don't serve it.

Of course, screwing the residents of Miami has become a specialty of the current members of the Miami City Commission and dipshit Mayor Francis Suarez, so the least they could do this time is line up at the door of City Hall and kiss all the residents as they walk in.

If you're gonna screw-'em, at least kiss them first.