After days of anticipation, Francis Suarez finally came out in support of Alex Diaz de la Portilla to replace Willy Gort as the City Commissioner for District 1.

In fact, about the only ones who didn't know about this before the announcement was made on Monday night on Telemondo 51 were the general public because I had confirmed earlier on Monday that for days Suarez has been calling deep pocket donors asking them to donate to Diaz de la Portilla's runoff campaign, and by this Friday when the latest campaign reports are filed everyone will be able to see who has agreed to do so.

It appears that among the reasons reason for Suarez's refusal to make the announcement before today was that these kind of deals involve Quid Pro Quo's, and during the last several days there have been rumors galore over who was getting what as a result of this deal, and more importantly, who was getting screwed.

The big losers - beside Miguel Gabala, who's chances of beating Diaz de la Portilla just went in the crapper with Suarez's endorsement - are Joe Carollo and Ken Russell, and perhaps the biggest loser at the end of the day might turn out to be Francis Suarez, but we'll have to deal with that at a later date.

Weak men make weak decisions, and weak decisions have a bad habit of turning around and biting the people who make them in the ass.

Francis Suarez has demonstrated time and again that he is a very weak man, and the video clips of his groveling and both asking and demanding that he be respected by Joe Carollo are but a window into hollowness that lies behind the glib smile and jitterbug walk that he exhibits as he zips around town posing for photos and playing the role of carnival barker in the shit show that the city has become under his administration.

Suarez has pretty much made a mess of his time as mayor, and this decision is bound to embolden several contenders to run against him in 2021, which might convince him to leave office after one term, if he manages to last that long because once Carollo understands the full implications of what his deal with Diaz de la Portilla represent to him, I predict Carollo is going to show up at every meeting looking for the first opportunity to eat him a new asshole before the lunch break.zCarollo's dream was to become the defacto strong mayor through control of the city commission and that has been evident since he got elected. in furthering that goal he spent a lot of gtime and effort raising a big chunk of money, having his wife handle Diaz de la Portilla's radio spots and even serving as his Uber driver in Carollo's to make Diaz de la Portilla indebted to him.

Suarez's endorsement tends to confirm the rumors that he and Diaz de la Portilla entered into a secret pact months ago, and that Diaz de la Portilla purposely played Carollo along because he never had any intention of playing second fiddle to Carollo.

There is no room on a 5 man city commission for two Top Dogs.

Suarez's endorsement therefore was a transactional move to use Diaz de la Portilla to checkmate Carollo, and at the same time to provide him with a 3 vote majority when he needs it. In return whatever shenanigans Diaz de la Portilla decides to try and get away with - and he'll be coming out of the gate with with shenanigans  -  will be fine with him.

For entertainment value, the only thing that could have provided better entertainment than watching Carollo and Diaz de la Portilla going at each other - and sooner, rather than laet I predict that they will - would have been to have Frank Pichel elected.

For the public and for those who care about the city however, if you think the last two years have been bad, you haven't even begun to understand what bad means when you have both Alex Diaz de la Portilla and Joe Carollo at City Hall, because both of these guys are kleptomaniacs with visions of turning the operation of the city into a cash register.

A bigger loser than Carollo is Commissioner Ken "Sellout" Russell.

Russell went from basking in the adoration of the progressive wing of the local democratic party for giving $150,000 to his former Chief of Staff Eleazar Melendez campaign as a way to energize both his campaign and the democratic party's efforts to convert what have for years been non-partisan municipal elections into partisan political free-for-alls based on a changing demographic that sees Miami-Dade County becoming more favorable to democratic candidates, and if he was a man with no friends or allies on the commission before Diaz de la Portilla showed up, now he's going to have another guy who is not only smarter and tougher than Carollo ready to yank on his chain, but he's also going to have a guy who contrary to all the claims about being a unifier, is as vindictive and mean spirited as Carollo is when it comes to getting even with people who he believes try to fuck him.

Russell I've been told, was warned by just about everyone he talked with not to go forward with giving Melendez that $150,000, but he ignored those warnings, and after Melendez failed to make it into the runoff, and Suarez stabbed him in the back by endorsing Diaz de la Portilla, he now finds himself standing under a dark cloud, with his weenie in his hand and no Plan B.

There have been unsubstantiated rumors that next month when the commission goes through it's annual dog and pony show about which commissioner chairs which city agency, Russell could end up losing either the OMNI CRA or the Downtown Development Authority, or both.

Elections always have consequences, and the word on the street is that in the week since the election Russell went from disbelief to outright anger to, 'what the fuck do I do now," over the news that Suarez was going to endorse Diaz de la Portilla.

Today Russell stands alone on the commission because none of the current members have anything to benefit or fear from him, and to top it off, Francis Suarez, the guy who's wagon he hitched himself to had thrown him under the bus with his support of Diaz de la Portilla.

Which brings us to this morning Special Meeting over the Melreese Golf Course/Beckham Soccer Stadium lease.

I predict that at the end of the meeting the vote will be Carollo, Reyes, Gort and Russell against, which kills the deal, because while Russell will claim that he opposes the deal on the grounds that the city will not suffer a net loss of parkland as a result of this deal, what will really tip the balance will be Russell's decision to show Francis Suarez that he's no pushover, but in fact, I predict that the future will reveal he's the biggest pushover in the room.

In the meantime, this golf course deal, like so many other deals does not end today as a result of this vote.

I'll be back with Part II, and maybe a Part III after the vote. 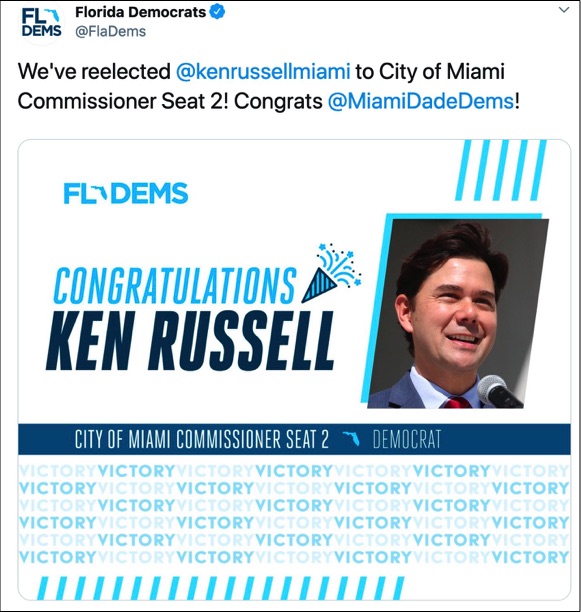 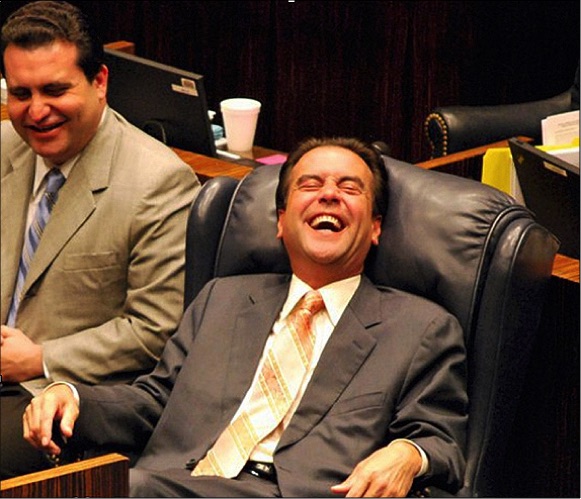