Remember how back in July when Melissa Tapanes, who is with the law firm of Bercow, Randell Fernandez & Larkin was bitch slapping Eddy Leal, the Mayor's lawyer around for all of the alleged ethical violations he was accused of committing by appearing before the PZAB Board as a representative of a condo board while failing to reveal that he was working for the mayor?

And remember how Jeff Bercow, after the mayor vetoed the changes approved by the commission filed an ethics complaint against Leal on behalf of his client, the former Spaghetti Western movie star who owns the Babylon property that had caused all the contretemps over changes to the zoning laws so that a new, and bigger building could be built on the property?

Well, after all of that, a couple days ago Bercow sent the ethics commission a letter withdrawing his complaint. I just love the reason he gave.

"After discussion with all of the parties, the complainant

is now comfortable that the alleged violations referenced

in the captioned complaint have been determined to be

Determined to be unintentional? Let's see how that kind of excuse might work in an other setting.

'Your honor, my client would like to request that the state withdraw it's charges because my client shooting his wife was unintentional.'

Once again, this tiny tip of the iceberg - and that's what this letter represents, a tiny tip of an iceberg - let's you know that somewhere, underwater and behind closed doors a deal of some kind has gone down with the mayor, and this letter is obviously part of the Quid Pro Quo. 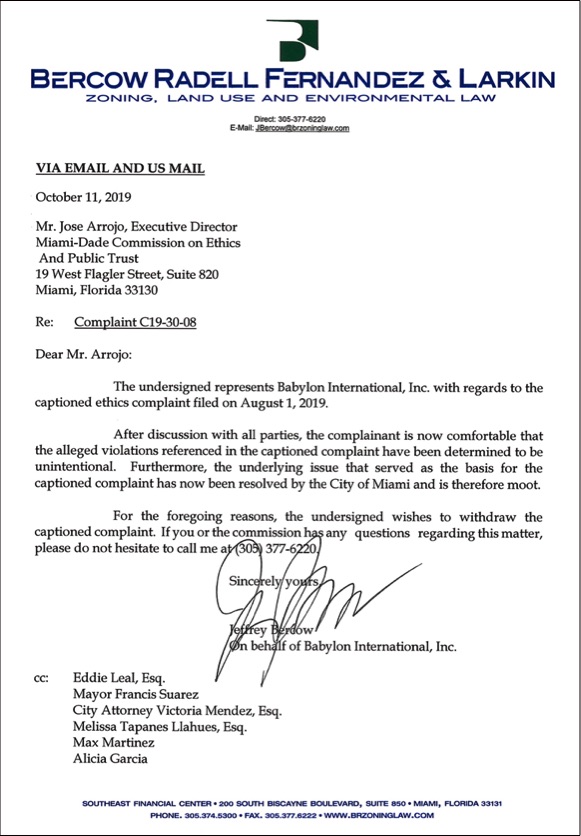