A couple days ago I responded to comments on the Facebook page of the Coconut Grove Watch group, (October 13th, 10:45 AM), that dealt with the angst, anger and even horror that some of the self-entitled and emotionally delicate upper-middle-class folks who live in the Grove expressed when they received a couple crappy, photoshopped campaign mailers attacking their candidate, Ken Russell.

To be fair, the kinds of comments made by folks in the Grove were the same kinds of comments of angst, anger and horror expressed by some of my neighbors in Miami Shores, when they too became the recipients of similar mailers about Village Council candidate Christian Ulvert.

It seems that these snowflakes spend a fair amount of emotional time and effort protecting themselves against anything that might violate their comfort zones, or immediately going on social media to bitch about it when it happens, instead of doing what stronger, less emotionally fragile folks used to do back in the day of just throwing these mailers away and going on with their day.

Meanwhile, the really serious problems affecting our communities go largely ignored because while the snowflakes are quick with a quip to express their disapproval of a political mailer, they are far less interested in undertaking the civic responsibilities that go with living in a free society.

Pay attention folks because the screwing you've been getting up to now by the people you've been electing, is nothing compared to the screwing you're gonna get from these gangsters unless you quit electing the same crooks, scammers and schemers into office, and then allowing yourselves to be manipulated by them, because once elected, they quickly get compromised by those already in office to make sure that the newbys don't rock the boat.

OH! THE HORROR OF IT! 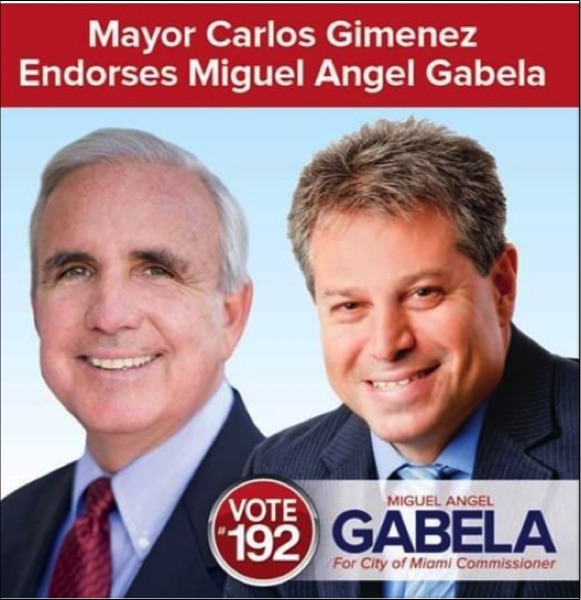 At the candidate's debate held at the Women's Club in Coconut Grove last week, attorney David Winker, one of the moderators, asked Commissioner "Sellout" Russel the following question:

a tongue-in-cheek letter published in the Miami Herald

suggesting that residents pool their money together to

hire lobbyists to get their elected officials to look out for

referred to the City Commission as a quote “ongoing

criminal enterprise. Is this perception of the City Commission

being unduly influenced by lobbyists and not looking out

RUSSELL: Everything they say about Miami is accurate...

WHO IS MIAMI MAYOR FRANCIS SUAREZ GOING TO ENDORSE?

Two years ago Francis Suarez refused to support Alfie Leon to become the next District 3 City Commissioner, and he ended up with Joe Carollo.

This time the stakes are even higher for Suarez, because with the current make up of the Commission, the wrong candidate winning could spell disaster for the last two years of his first term because he would loose even a pretense of having any kind of majority on the city commission.

These are the kinds of decisions that define both character and legacy, and so far Francis Suarez has demonstrated that he lacks the courage or willingness to look out for his own self interest,

If he can't, or won't do that, then when push comes to shove don't expect him to look out for the public's interest either.

MEANWHILE, ACROSS TOWN ANOTHER SHIT SHOW TOOK PLACE AT THE AMERICA TEVE STATION WHERE THE 4 TOP CONTENDERS FOR THE DISTRICT ONE COMMISSION SEAT WENT AT IT 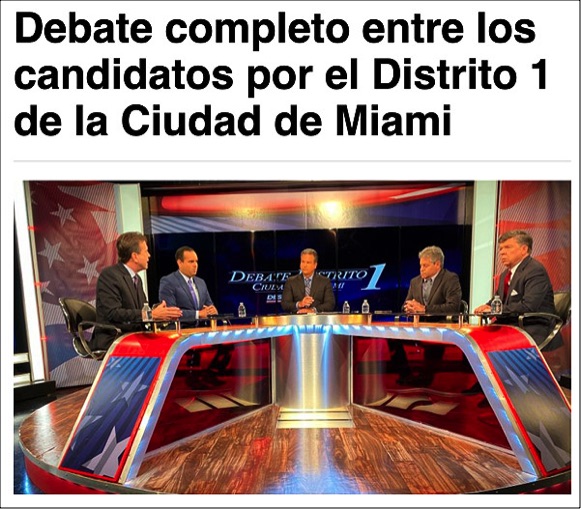 Multiple sources have confirmed to me that all of these things happened.

First, the debate was scheduled to go on air live at 6 PM. While the other three candidates showed up at the appropriate time, Alex Diaz de la Portilla didn't.

Instead, he called several times trying to get the station to push back the debate until he got there.

The station refused, and the debate started at 6 P.M, without him.

Diaz de la Portilla showed up around 6:25 PM, accompanied by Commissioner "Comemierda" Carollo and his wife, who it seems have now become his official UBER drivers and chaperones until the campaign is over.

The first thing that Carollo did was hand the producer of the show a sheet of paper that supposedly represented the results of a poll that claimed that Diaz del la Portilla was 41 points ahead.

Carollo wanted the debate moderator to read the poll on the air. He refused.

Carollo, in typical Carollo fashion, was not happy at being told "No," and then started arguing during one of the commercial breaks that he should be allowed to become part of the debate.

That too  was rejected.

After the debate ended a big fight broke out between Miguel Cabala and the people from the TV station over the decision to have each of the candidates ask one of his fellow candidates a question to close out the show.

That didn't happen, instead Horacio Aguirre got to ask the first question, and that question went to Diaz de la Portilla.

As for the actual debate?  Here it is:

As always, It's Miami, Bitches!