HAVE YOU HEARD THE STORY OF HOW JOE CAROLLO TOOK CODE COMPLIANCE DIRECTOR ADELE VALENCIA OUT FOR A SATURDAY NIGHT RIDE IN MORE WAYS THAN ONE, OR, THE OTHER VERSION WHICH IS THAT JOE CAROLLO ONLY TRIES TO SCREW PEOPLE WHO DON'T GIVE HIM MONEY

No matter where you turn in the City of Miami, you'll trip over an example of brazen in-you-face political fuckery, and more often than not, the fucker is none other than Commissioner "Comemierda" Carollo.

Almost a month ago Carollo, along with Jose Suarez, his personal Sancho Panza, and guy who buys Hand-i-Wipes by the pallet to wipe the shit off his nose which is semi-permanently attached to Carollo's ass, took Code Compliance Director Adele Valencia, and the department's After Hour's Supervisor Trelana Haines, on a "ride-along" so that the Commissioner could "point out a number of reportedly persistent Code Compliance violations that occur mainly at night or on weekends that he feels have gone unaddressed."

Always got his eye out looking for wrong doing in his District!  Unless of course the wrong doing is being done by someone who has given him tens of thousands of dollars in campaign contributions, and who perhaps might have given him a special deal on that Buick SUV that he's driving nowadays.

Anyhow, as a punishment worthy of all the bullshit she done since she's been the Director, Valencia spent a little over two hours that Saturday night being driven around by Carollo while being subjected to his running commentary about all the bad people in his district and all the ways that these bad people were abusing the system.

The next day, Valencia wrote a Memorandum addressed to her immediate boss,  Assistant City Manager, Fernando Casamayor, detailing her drive-along, and listing with specificity, 34 separate pieces of property where code violations of one kind or another were occurring.

The above list looks like a pretty impressive list of specific violations that obviously required Carollo and/or his staff to spend more than one night driving around to discover before taking Adele for her ride-along.

It also raises a legitimate question of just what do Code Enforcement Inspectors do all day on the job? Even factoring in Carollo's political and personal agenda, a number of these violations are visible to anyone who bothers to look out of a car window while driving by.

If 34 outstanding violations can be identified in District 3, how many more are occurring throughout the rest of the city where either the Commissioners- like Commissioner "Sellout" Russell are more interested in the spirit than the letter of the law, or in District 5, where drug dealing continues to be an open practice on streets in Overtown?

In fact, this might be an argument for Carollo trading jobs with Valencia. Make him the Director of Code Compliance, and her the city commissioner. He can harass people he dislikes to his heart's content, and Valencia can  sit on the dais and be Colonel Klink's sock puppet.

The end result might not be demonstrably better for the citizens, but at least the city commission meetings would be more civil and less stressful.

But, as the old saying goes, "If wishes were horses then beggars would ride."

WHAT CAROLLO IGNORED DURING THE RIDE-ALONG

On September 24th, Alex Dominguez, a resident and long time activist who is on the Planning and Zoning Appeals Board sent Adele Valencia the following email. 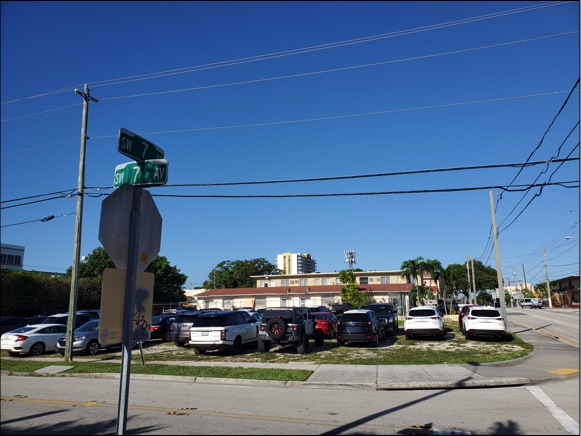 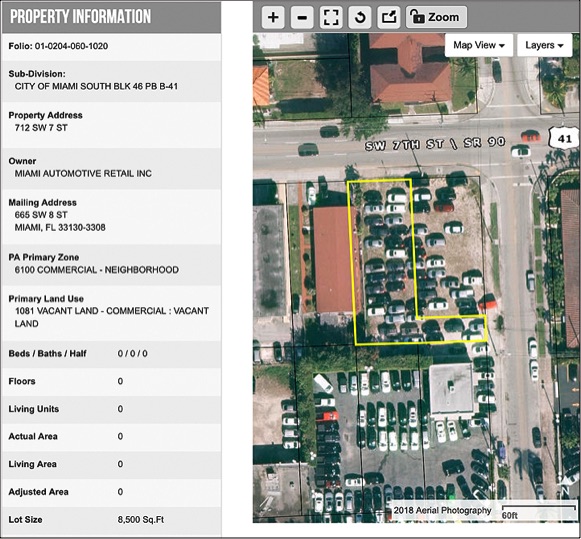 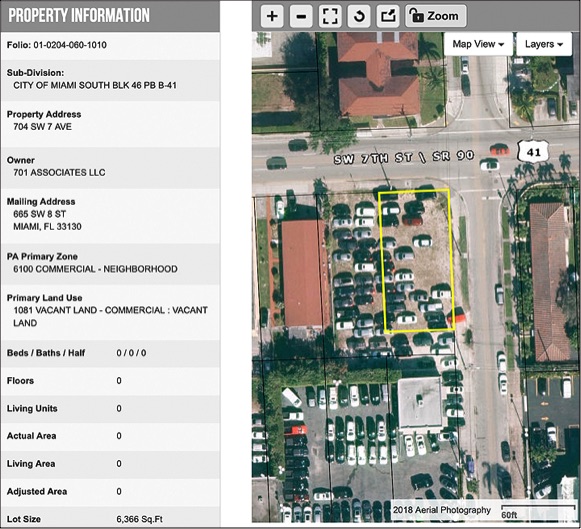 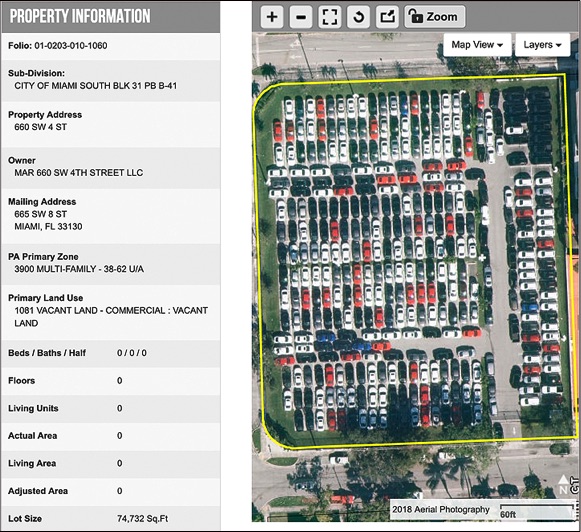 Here are screen grabs from the Property Appraiser's website for those 3 properties.

These properties have two things in common.

First, they are all owned by companies that are owned by Mario Murgado, the owner of Brickell Motors, and secondly, Brickell Motors gave Joe Carollo $20,000 to his campaign ECO.

These properties have two things in common.

First, they are all owned by companies that are owned by Mario Murgado, the owner of Brickell Motors, and secondly, Brickell Motors gave Joe Carollo $20,000 to his campaign ECO.

Now, look at the addresses on the Property Appraiser screen grabs, and the addresses that Adele Valencia listed as the properties that Joe Carollo specifically took her to.

Do you see any matches?

Valencia's memorandum states that they drove by the property on SW 7th Street, so why do you think that Carollo didn't point that property out? And, given all the driving that Carollo does in his district looking for code violations, you just know that he was aware of all the cars parked at 660 SW 4th Street, so why didn't he swing by there are show Valencia that code violation?

Could it be that if you give the Commissioner $20,000 for his campaign you get a free pass from him when it comes to code violations?

And now that these properties have been served with violation notices, the next step is to watch and see how they get handled.

You can bet that nothing will happen as Brickell Motors gets extension after extension, just like Alex Diax de la Portilla got, and as Carollo himself has gotten on the code violations he was hit with on May 29th on his Coconut grove house.

Forget all the claims that now that the City Commission approved 12 new code enforcement inspectors, and a new Deputy Director that things at the department will get better.