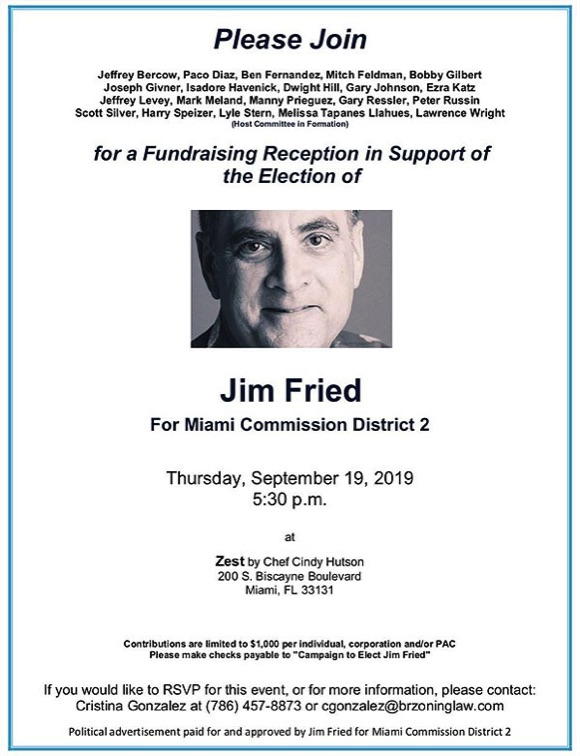 MY POSITION ON JIM FRIED

For what it's worth, here's my position on Jim Fried.

When it comes to politics, and especially City of Miami politics, and more importantly what it means to be a Miami City Commissioner, I think he's he's dumber than a rock. There is a question of whether's he's ever attended a commission meeting in person before announcing his candidacy.

When it comes to his political judgment, I think he's an idiot, because his very first official act was appointing Randy Hillard, aka, The Princess of Darkness, as his campaign manager. This is the sign of someone that hasn't a fucking clue about what happens after the election if he were to manage to get elected.

Hiring Hillard is like declaring you're against prostitution, and then hiring a pimp to lead your campaign.

He's also in a very short time managed to have some scammers and schemers attach themselves to him like a sucker fish to a shark.

But, even having said all of that, Ken Russell has to be removed from office!

As badly as I wanted anyone but Teresa Sarnoff to replace "Pay For Play" Marc, having witnessed what Russell has turned out to be, and the future danger he represents for the City of Miami, I hate to say this, but I'd rather see Marc Sarnoff back on the City Commission.

At least his "Pay For Play" antics were understandable and made a certain sense.

What Russell is doing is predicated in large part on his ego and on becoming "famous."

Ever since he went to the Democratic Convention in 2016 and realized that many of the famous faces he saw on TV were dumb as rocks, he's been angling for any way that he can to become a regular on the TV talk show circuit of MSNBC and CNN. It's obvious that he figured that if those morons could become nationally famous and be on TV talking shit, he could too, and given that he got a taste of fame playing with Yo-Yo's that has stayed with him.

He has become a media whore of the worst kind - someone who will embrace any bullshit scam or scheme as long as it will let him preen and pretend that he's one of America's new crop of Progressive Democratic hopefuls.

In the meantime, he has, and will continue to do some amazingly and egregiously questionable things on behalf of his efforts of self promotion.

So, I'll hold my nose, and expect to write bad shit about Fried within days if he's elected, but for now, do everything to vote him in to replace Russell.

One last thing, I just heard Rosy Palomino is planning on running for District 2 again.  If she does, DON'T WASTE A VOTE ON HER!