A DEATH IN THE VILLAGE BY THE BAY

On the afternoon of August 30th, a 47 year old woman named Etianna Planellas, who suffered from a mental illness identifed as Bi-Polar called the Miami Shores Police Department to inform them that she did not feel good and wanted to kill herself.

The following afternoon I went on the Miami Shores Village Community Facebook page to ask why no one had commented on this incident. 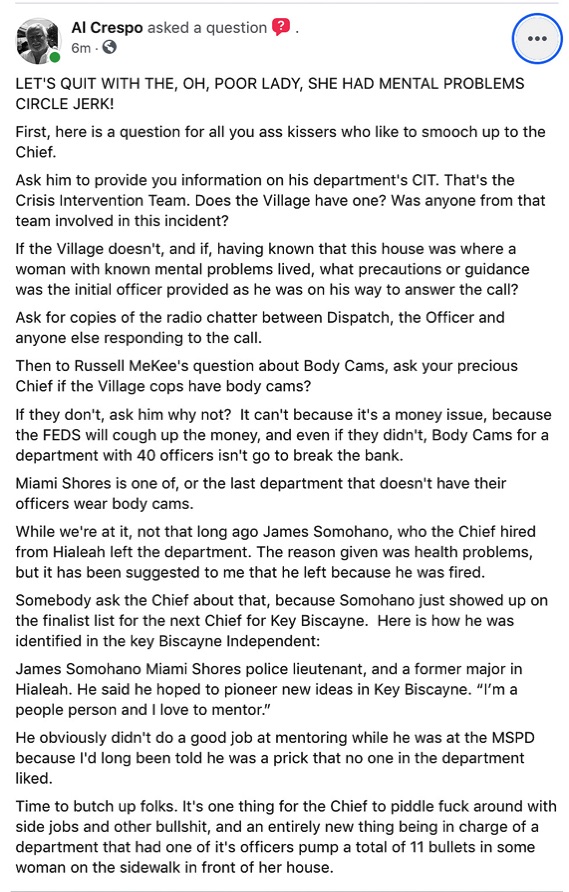 VIDEO THAT CAPTURED THE 11 SHOTS FIRED BY THE COP

By Saturday afternoon I had written 4 separate posts that included video and audio clips raising questions on whether the story line that evolved following my first Facebook post that the shooting was an unfortunate response to a mentally ill woman who threatened the cop with what turnd out to be a pellet pistol was an acceptable result.

My investigation into what happened will continue, but in order to provide a permanent location for my various posts and back up material, I have decided to create this page, which will become a part of the series of stories I wrote about Miami Shores over the years. 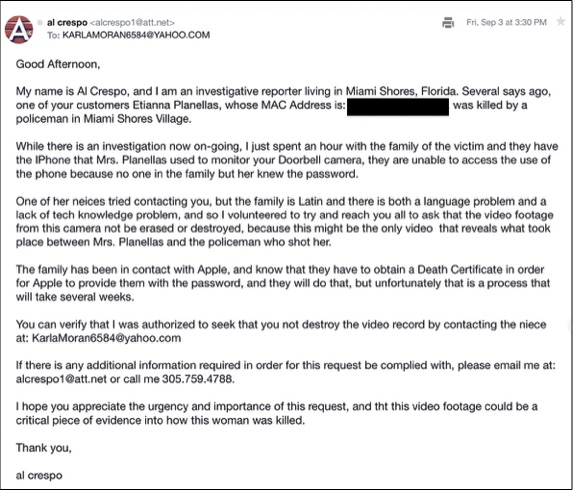 FAMILY DISCUSSES WHAT THEIR GRANDMOTHER SAW