Like every other lowlife scumbag politician whose gotten his weenie caught in a meat grinder, Miami's own Comisionado Corrupto, Joe Carollo, decided to that one way to deflect the heat from the accusations about his claim about being an inactive Marine reservist was fake news was to introduce a change in the operating policy of the police department to terminate the ability of establishments selling liquor from hiring off-duty cops.

The Fraternal Order of Police has not taken kindly to this rope-a-dope move by Carollo, and decided that the only way to deal with this was to go public and let the people in District 3 know just what a loud-mouth phony he is.

Here are some photos taken on Calle Ocho.  If you happen to find yourself on Calle Ocho, or anywhere else where this truck pass you by, try and get some photos and post them on your own Facebook and Twitter page.

Let's let everyone in the City of Miami know what a low-life scumbag Miami's Comisionado Corrupto, Joe Carollo really is. 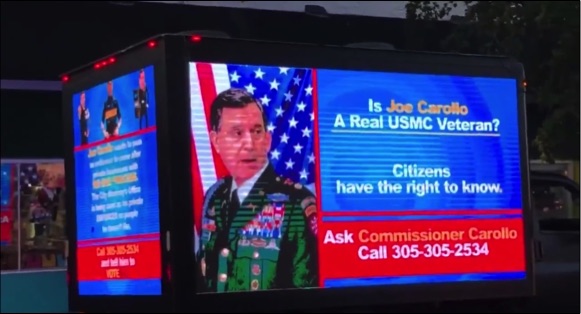 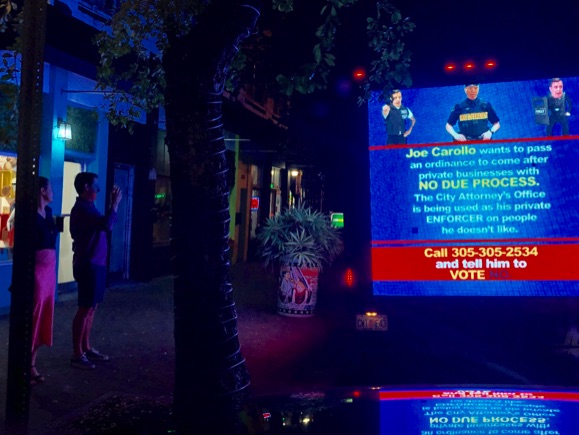 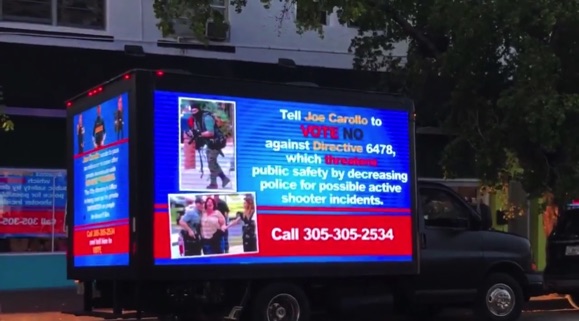 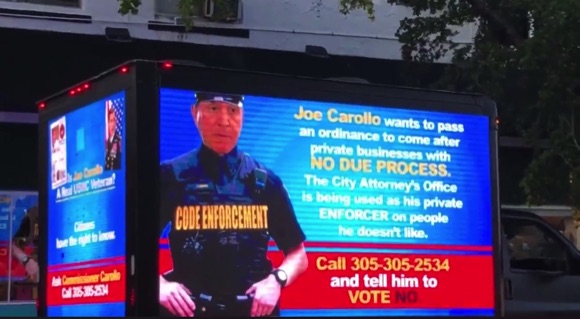 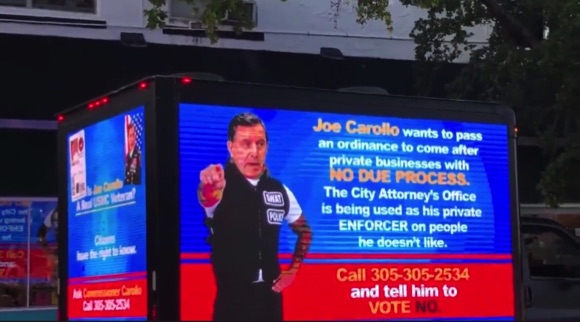