SOMEBODY GET THE TRANQUILIZER GUN, COMMISSIONER "COMEMIERDA" IS OFF HIS MEDS AND RUNNING LOOSE

It looks like the summer break wasn't good for Miami's craziest commissioner because he has loaded up the agenda of the first commission meeting in September with not only a couple of the perennial items that feed off of his vindictive and batshit crazy belief on how the city should be run - or at least his District - but he's also come up with a couple new items that ought to get the Commission Chambers rocking, including the Resolution to stop allowing businesses in District 3 from using off-duty police for security.

Let's hope that by whatever means possible not only does Carollo show up full of piss and vinegar, but that somebody kidnaps Commissioner "Sellout: Russell, as a way to get his whiny, "Can't we all get along," bullshit out of the way so that a real knockdown, drag-out fight can take place.

That's the only way to deal with Carollo at this point. You either stand up to this bully, and bitch slap him every time he says something stupid, or allow him to get up a head of steam and run roughshod over everyone, starting with his fellow commissioners, Colonel Klink, the Boy -Toy Mayor and the public.

To keep pacifying this nut case will only lead further down a road that at some point becomes completely unmanageable, especially if one of several candidates running for District 1 gets elected and becomes Carollo's new partner in driving the bus off the cliff. 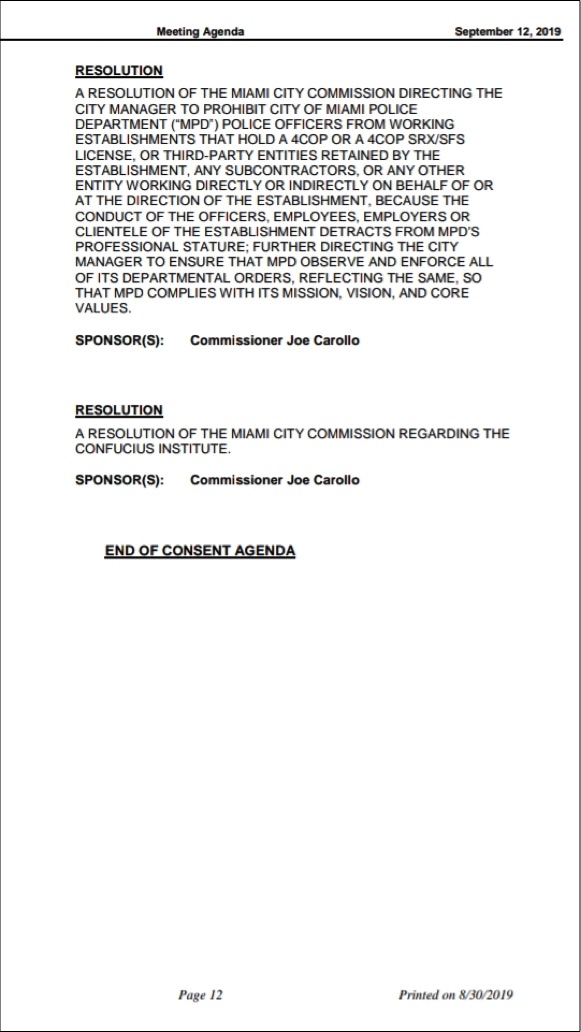 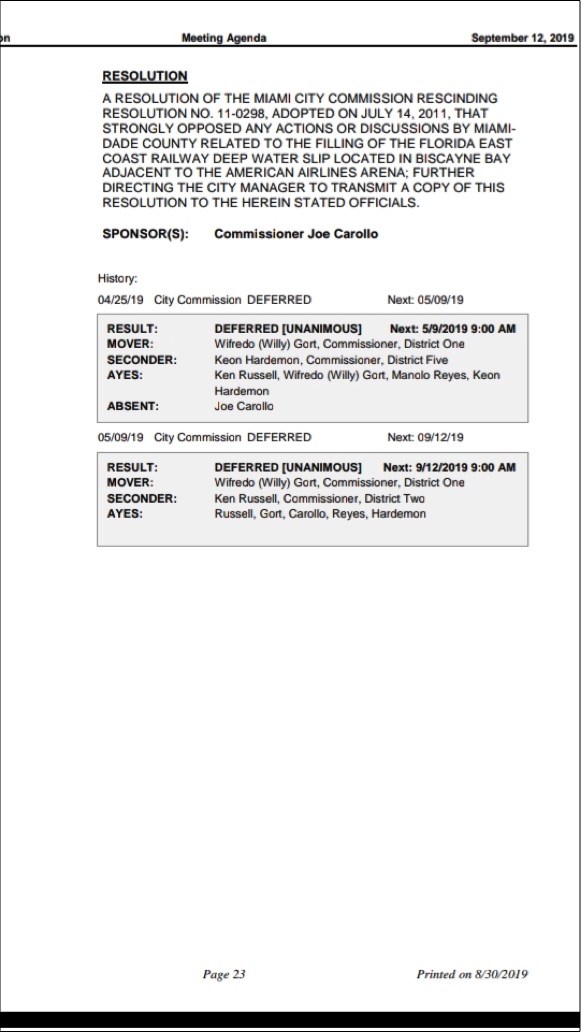 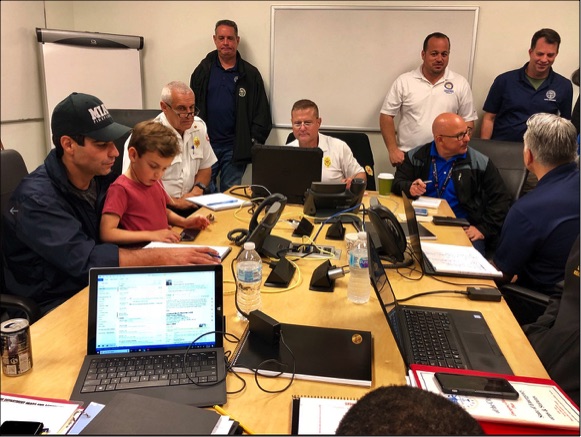 PHOTOS OF THE DAY: BRINGING YOUR KID TO WORK IN THE MIDDLE OF A HURRICANE IS A SIGN OF SELF-INDULGENCE AND LACK OF RESPECT TO THE PROFESSIONALS ENTRUSTED THE KEEP THE CITIZENS SAFE 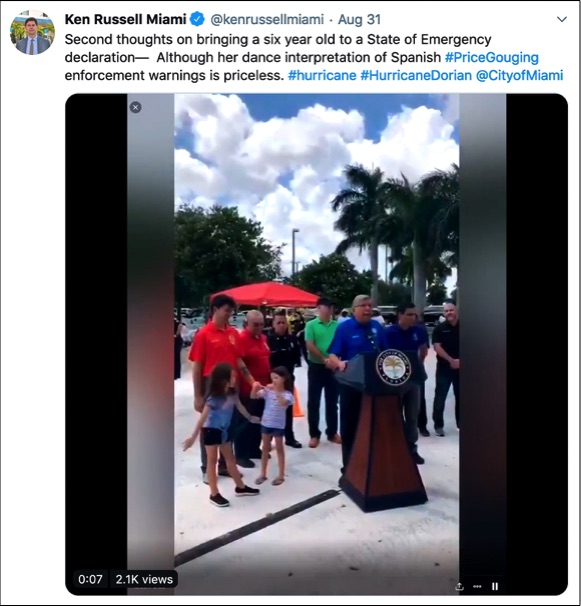 We managed to evade the worst of a hurricane's destruction once again, but the day will come when we won't, and then the vision of these so-called public officials dragging their kids along in the middle of a disaster won't seem so cute or endearing. 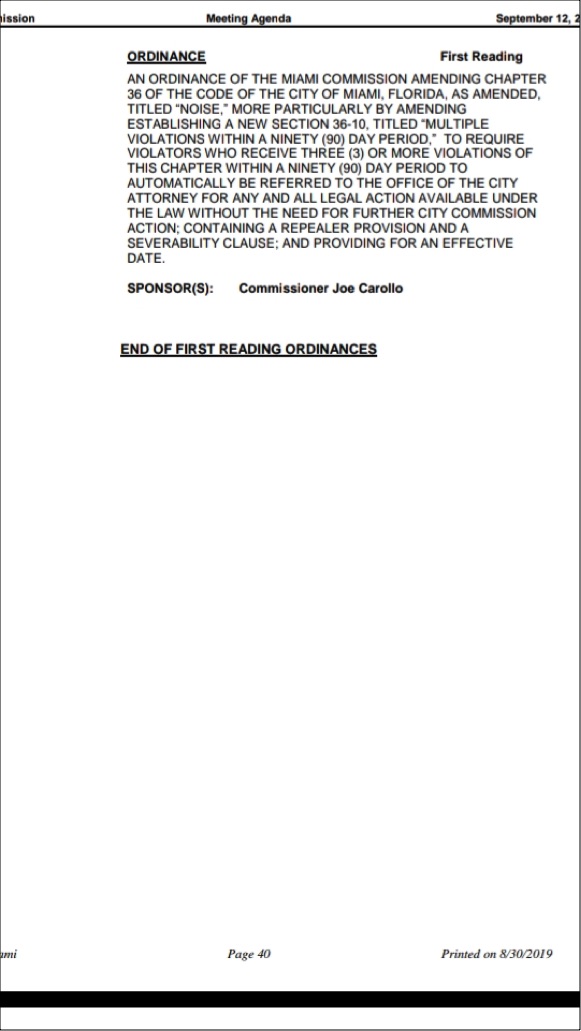 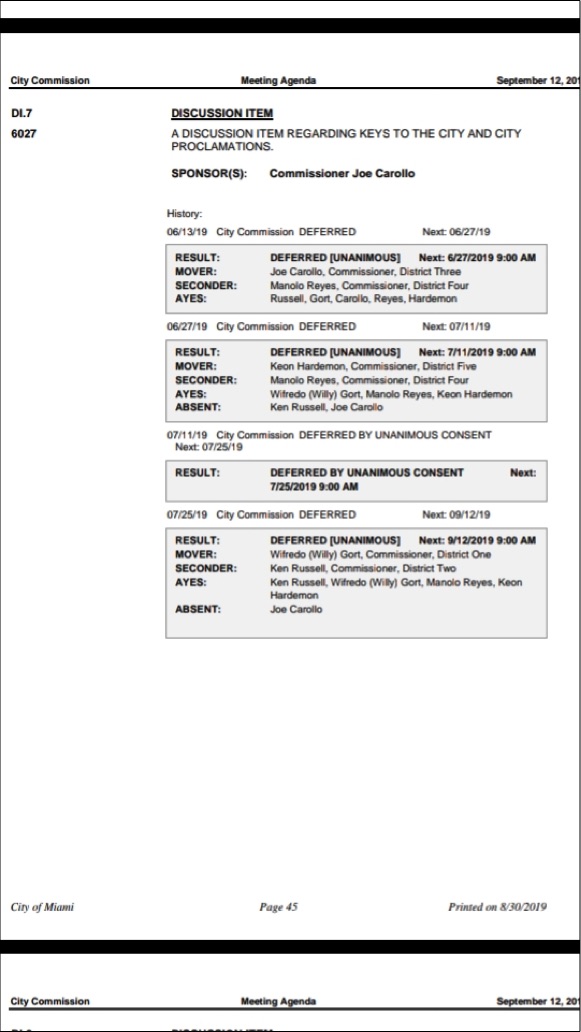 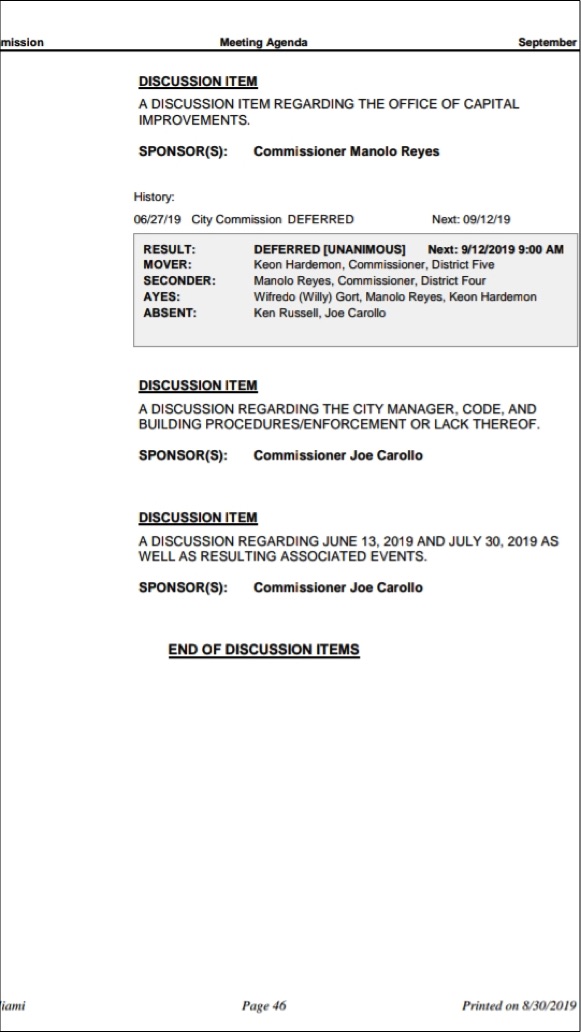 What if everyone in the photo above had decided to bring a kid or grand kid to the Emergency Command Center during a time of emergency?

Contrary to the opinions of the, "Aw, ain't he cute," crowd, bringing little children to into a stressful environment during a civic emergency is not a sign of maturity, or an example of leadership by a public official because if nothing else it introduces a level of censorship on the discussion having a 6 year old kid in the room.

The same goes for Commissioner "Sellout" Russell, brining his kids to an Emergency Declaration, although he at least realized the error of his ways.

Miami suffers through enough "cuteness" as a result of the immature and feckless behavior of it's public officials as it is without compounding the image of Miami being run by lightweight amateurs during a potential crisis.