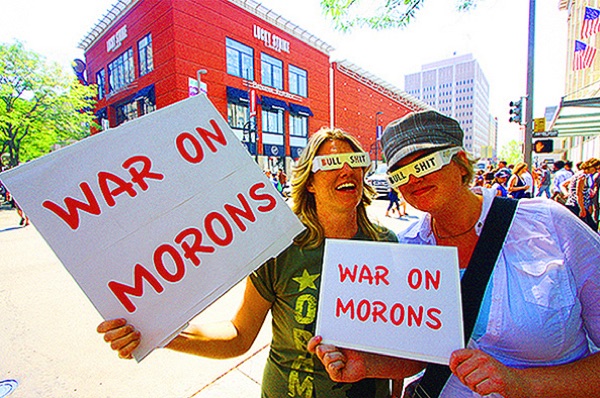 Another year has come and gone, and thanks to some of you, I was able to learn about, and write stories that I think made a difference for the folks who live in Miami, even if they didn't result in someone being handcuffed and hauled off to jail.

The year provided new characters joining the regulars, including City Manager Emilio "Colonel Klink" Gonzalez, Commissioner Joe "Coco Loco" Carollo, and of course Miami's part-time Mayor, Francis "The Boy Mayor" Suarez, all of who demonstrated once again that the residents of the city could do as well, if not better, to turn over the governance of the city to a group of circus clowns with an open bar at City Hall.

It's always been a challenge to keep the Crespogram going, and this year was no different. Problems with software and hardware resulted in the loss - hopefully a problem that I can resolve - of almost 2 years of archives. Thankfully, I have all of those stories backed up, but the problem is being able to reinstall them for public access.

This year hasn't been all fun and games although there have been some laughs, especially Commissioner "Coco Loco" bemoaning the level of slime he's encountered since he's been back, since that level of slime doubled the day he put his hand on the Bible to swear that he'd obey the laws of the land, but it's serious business trying to keep track of all the ways that the schemers and scammers at City Hall try to screw the public, and that's why once again I'm asking for donations to help finance my efforts to expose the corruption and abuses of power that more often than not, I seem to be the only person willing to do the work to expose.

What started out as a short-term effort to get one incompetent city employee fired, has turned out to be an almost 10 year effort to shed light and bring some exposure and accountability to the continuing examples of injustice and malfeasance that passes for governance in Miami.

In my imperfect and sometimes profane way, I think that what I do makes a difference.  If you agree, your support in this effort is greatly appreciated.