SEAN MOY, AFSCME UNION PRESIDENT WHO COLLECTS $100,502.64 FOR A NO-SHOW JOB, AND WHO EITHER CONSPIRED OR TRICKED THE DIRECTOR OF CODE COMPLIANCE INTO SIGNING AN ILLEGAL MEMORANDUM IN A SCHEME TO COMMIT FRAUD BY ATTEMPTING TO ALTER THE PAYROLL RECORDS OF SOME UNION EMPLOYEES COMPLAINED TO THE CITY MANAGER THAT HE SHOULD NOT HAVE PROMOTED TWO EMPLOYEES AS ASSISTANT DIRECTORS BECAUSE IT AMOUNTED TO WASTEFUL SPENDING DURING THIS TIME OF ECONOMIC CRISIS

If the city of Miami wasn't as corrupt as it is, Sean Moy would have been fired long ago for his antics.

First, there was all the conspiring that he engaged in with his pal Commissioner Joe Carollo, that was documented in the ethics complaint filed by Bill Fuller.

Then there was the deal of how Moy received a no-show job at a significant increase in salary from none other than City Manager, Emilio "Colonel Klink" Gonzalez, and then of course there was the story about how he and Code Enforcement Director Adele "My Daddy's Innocent" Valencia, conspired through an illegal memorandum to make it possible for "someone in the Finance Department to try and alter the payroll of a handful of union members by rigging the city's computer system.

While all of this was discovered and documented by Assistant City Attorney Kevin Jones, to this day not one thing has been done to punish anyone for such a flagrant effort to perpetrate what amounts to a criminal act of fraud against the taxpayers of Miami.

Nor, did any of that stop Sean Moy from writing the below letter to the Mayor, Commissioners and City Manager about the promotion of two employees to positions of Assistant Directors in their departments, and Noriega's response below Moy's letter.

You sometimes have to wonder whether a requirement for employment in the city of Miami is contingent on applicants demonstrating that they lack the ability to make good moral and ethical choices. 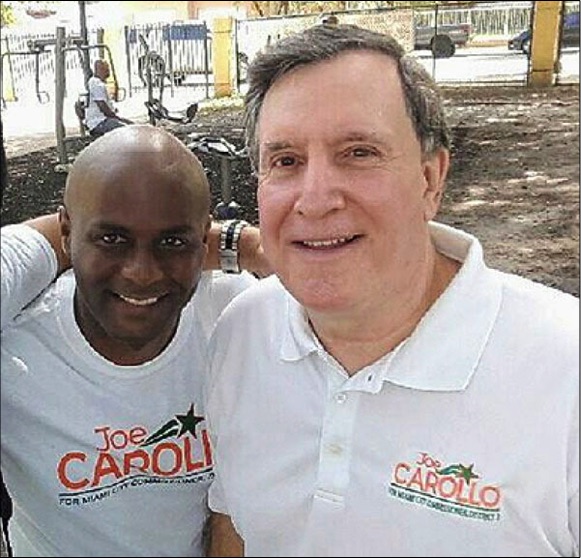