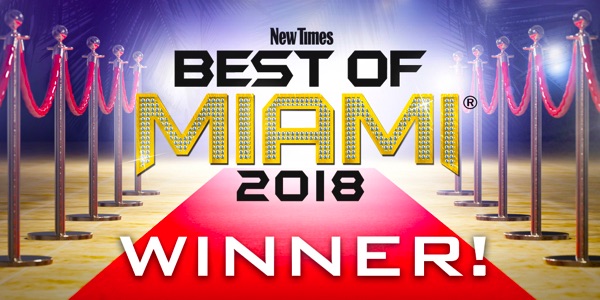 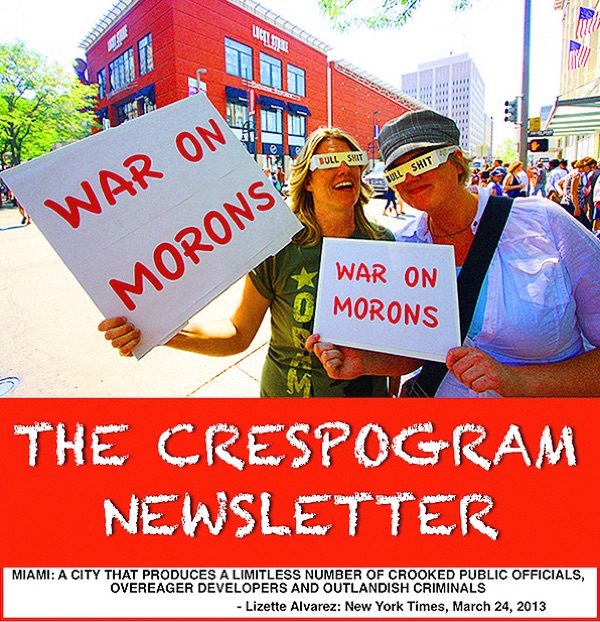 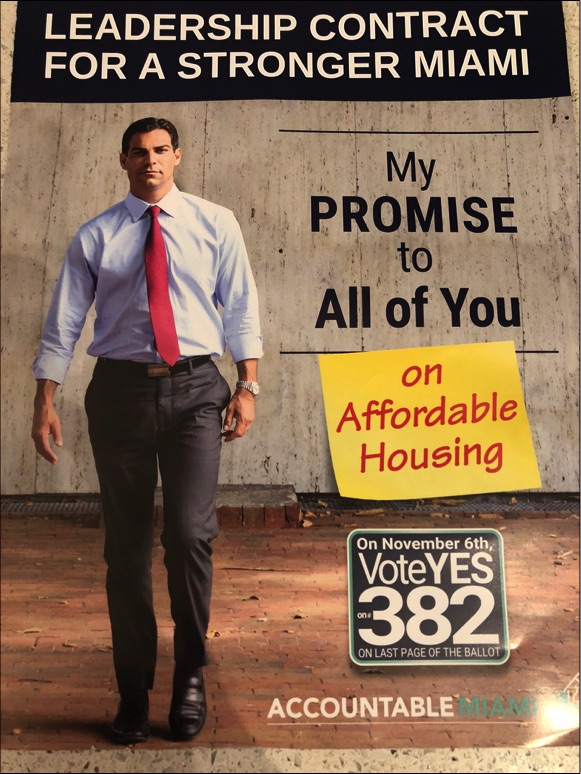 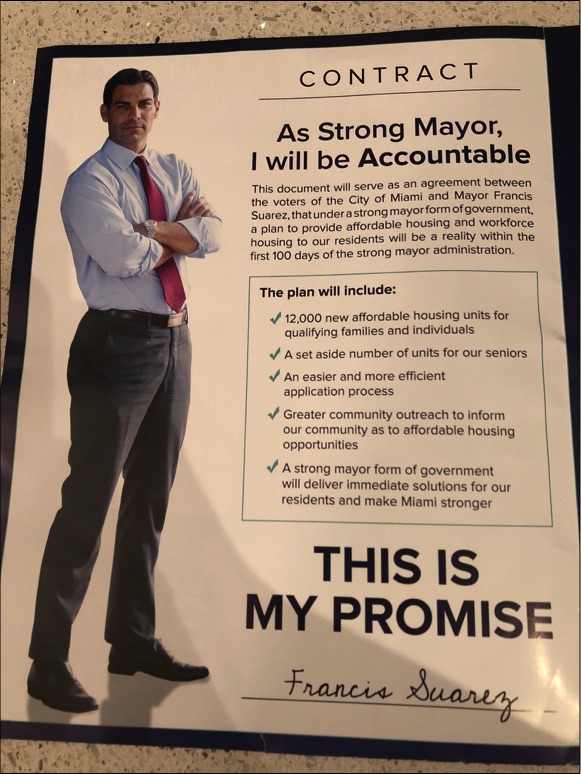 FRANCIS, OH FRANCIS, WHY DO YOU LIE SO MUCH? YOUR PROMISE OF AFFORDABLE HOUSING IS ABOUT AS TRUTHFUL AS YOUR PHOTOSHOPPED IMAGE, WHICH BY THE WAY MAKES YOU LOOK LIKE YOU GOT A PIN HEAD

PHOTO OF THE DAY - PEOPLE UNITED TO LEAD THE STRUGGLE FOR EQUALITY (PULSE) GAVE A MILITARY DEFENDER, US ARMY AWARD TO COLONEL KLINK LAST WEEK. WITH ALL DUE RESPECT TO THE FOLKS AT PULSE, THE COLONEL'S BEEN GONE FROM THE ARMY FOR AT LEAST 15 YEARS, AND WHILE I KNOW YOU ALL HAVE TO SUCK UP TO GET THOSE CITY DOLLARS, I WOULD THINK THAT THERE ARE MORE WORTHY FOLKS IN YOUR COMMUNITY WHO DESERVE TO BE RECOGNIZED THAN SOME POLITICAL DESK JOCKEY WHO ONLY SEEMS TO SHOW UP IN THE BLACK COMMUNITY TO GET HIS PICTURE TAKEN

You can often tell how desperate a politician is at election time by the kinds of lies that he/she tells voters.

Francis Suarez must be in real trouble, because this latest mailer is just one big lie starting with the photoshopped image of him that stretches his body in an effort to make him look bigger, while at the same time makes him look like he's got a pin head.

The supposed "contract" that he claims he's offering the residents that includes 12,000 new affordable housing units is nothing but a a charade, because what he's actually promising is not that he will build 12,000 housing units, but that he will come up with "a plan to provide affordable  and workforce housing ...within the first 100 days of the strong mayor administration."

If he was really serious, he could have done that anytime in the last year, and if he had any kind of plan he could have introduced it in July or August so that it would have been discussed and incorporated into the city's 2018-2019.

To claim that in the next 100 days he's going to come up with a "plan" and then claim that this constitutes a "contract" is just the kind of trickery that one would expect from a lightweight, who's latest example of "strong leadership" was to authorize concrete being poured around trees, and fake grass being laid down on Brickell Avenue.

A NEW BATCH OF ANTI-SUAREZ MAILERS HAS GONE OUT 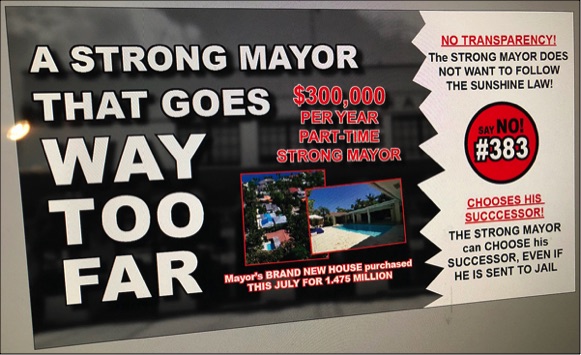 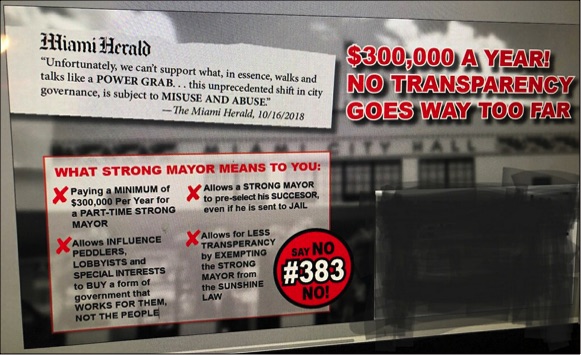 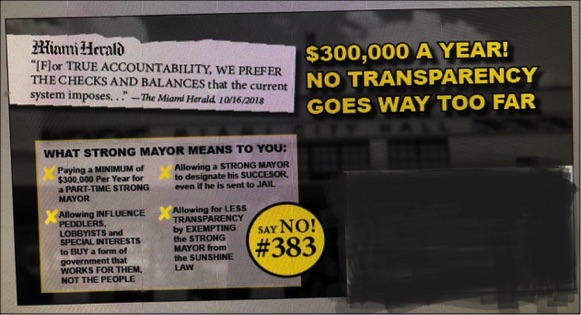 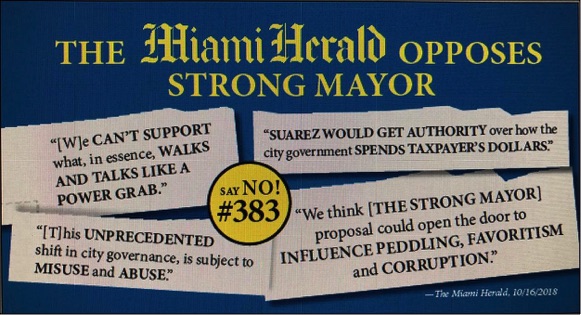 YES, THE MIAMI HERALD PULLED A LAST MINUTE FAST ONE WITH THEIR EDITORIAL SUPPORTING THE SOCCER STADIUM, BUT PUT IT IN PERSPECTIVE, IT'S THE MIAMI HERALD, AKA "THE MULLET WRAPPER," AND "THE DAILY DISAPPOINTMENT." SO DON'T GET OVERLY BENT OUT OF SHAPE IF YOU DISAGREE WITH THEIR CORPORATE, ASS-KISSING, ALWAYS IN THE CORNER OF DEVELOPERS OPINION. THEY DID AFTER ALL HAVE TO MOVE TO DORAL BECAUSE HUNDREDS OF THOUSANDS OF PEOPLE QUIT BUYING THEIR NEWSPAPER 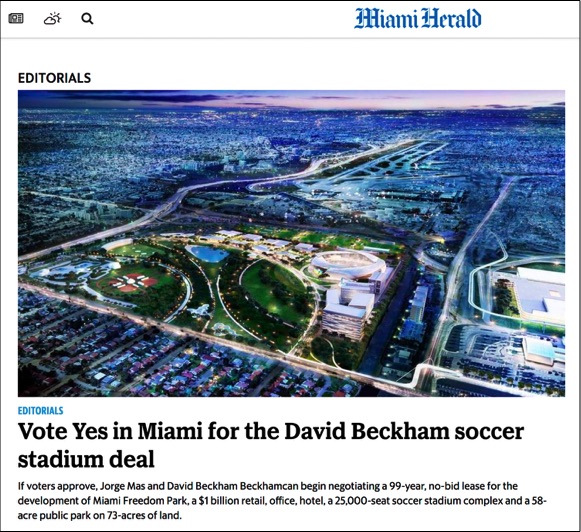 "No-bid lease." Those three words say it all.

It was evident that the Miami Herald was in the bag last July when they held an editorial board meeting with Jorge Mas. Francis Suarez and the Beckham group's attorney Richard Perez, and devoted a total of 3:03 to talking about the Term Sheet that neither the Beckham Group, nor the city had wanted to release. (You can see the video portion of that part of the meeting, HERE.)

That doesn't mean that a lot of folks will blindly follow the Herald's opinion, because the Herald supports a lot of people and issues that people oppose, and it should only make those folks who are opposed to this massive land giveaway - and it really is a giveaway regardless of the $3.5 million annual rent, because it's going to end up costing the taxpayers of Miami double, triple or even quaddruple that to cover all of the costs that they will be left holding the bag for - more committed in this last week to get out there are talk to family, friends, neighbors and co-workers about why they need to oppose this deal.

Also, do not dispair. There are currently 2 lawsuits making their way through the court system that offer the potential of stopping the Beckham group's land grab, even after the vote next week.

The latest lawsuit was filed by Bruce Matheson, whose had some success in sticking a stick in the spokes of deals favored by the Herald - he did succeed in stopping the redevelopment of the Key Biscayne Tennis Complex - and while this case has yet to be heard by a judge, Bruce has the money and lawyer to take this all the way to the State Supreme Court if he needs to.

The other case, which is currently in the 3rd DCA, is the case filed by local attorney Doug Muir, who I think is very smart and very focused, and I've posted some of his legal documents as he's filed them.

Muir has kept his head down and been methodically working on his legal arguments, and if I was a betting man, and occasionaly I am, I'd put some money down on Muir's efforts. So, for those who've written me in the last few hours bemoaning the Herald's editorial, don't give up the fight yet!

This is Miami, Bitches! and strange things happen all the time, even occasionaly in ways that actually stops the crooks and schemers from succeeding! 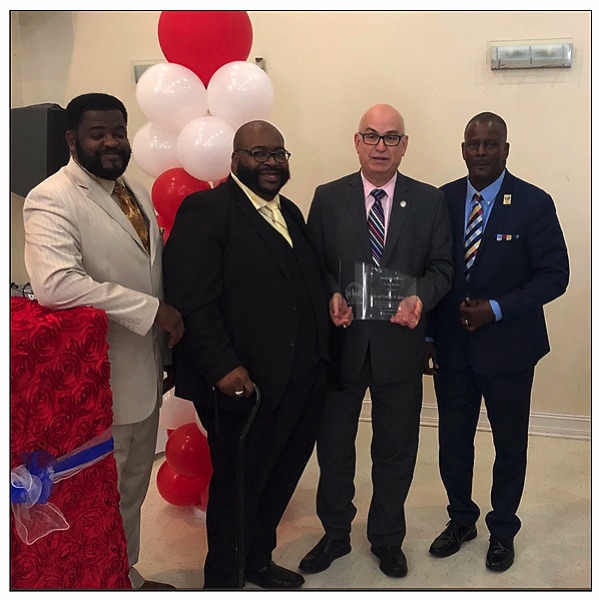