WELCOME TO THE LODGE, BROTHER BRUCE. THE NOT SO SECRET PASSWORD IS CONVICTED EX-FELON, AND ON YOUR WAY TO THE JOINT TELL THAT SMART MOUTH DAUGHTER OF YOURS THAT SCHADENFREUDE IS ALWAYS BETTER ON A FRIDAY THE 13TH

I know it all seems to have happened years and years ago, but it was only last May when I wrote the first of several stories about how after Bill Fuller - he of little Havana, Ball & Chain fame - held a press conference in front of Miami City Hall to reveal that Commissioner Joe "Comemierda" Carollo had a number of serious code violations at his house in Coconut Grove.

My initial story was how Ms. Valencia and her code enforcement employees jumped into protection mode and gave what was essentially a hand job to Carollo by refusing to cite him for the violations that were visible fron the street in front of his house. HERE, HERE and HERE.

I make a point of the code inspector being on the street in front of Carollo's house, because I've not found a signal document from that day to this, that Carollo has ever let a city employee onto his property to do a real inspection of the violations that he was accused of committing, perhaps because I've been told that house has become the place where the secret meetings of the 3 Amigos and others are being held to discuss how to loot the city of Maimi's bank account and anything else of value that these guys set their eyes on.

Ms. Valencia, in the way that uppity, self-entitled, educated millennials who's Daddy was a big name in legal circles tend to get when introduced to reality,  got all indignant at my stories, and at Billy Corben's Tweets about my stories and accused us of being horrible human beings who had caused her so much grief and trama that she found herself unable to breast feed her baby.

It was all bullshit, because first, she was grossly incompetent, and secondly, because she was so afraid of the wrath of Carollo that if you had looked closely you would have seen that anytime she was near Carollo and he opened his mouth, you would have seen the tip of her nose  - the nose that she had stuck up his ass - bobbing around trying to get some fresh air.

Then of course, I broke the story about how she had signed off on an illegal memorandum allowing members of AFSCME Union Local 1809, whose president, Sean Moy was a key Carollo sock puppet, that had been rejected out of hand by the City Attorney's Office to receive extra payment for overtime work.

The memo that she signed was then used as a justification for an illegal effort to alter the city's payroll system, an act that clearly constituted criminal fraud.  You can read my stories about that HERE and HERE, where I first wrote about the arrest of her Daddy,  Bruce Bageley for money laundering.

In today's Miami Herald, Daddy Bruce is reported to have decided to cop a plea.

Now it's tre that children aren't responsible for the mistakes or cimes of their parents, and vice versa, but given that Daddy got busted for money laundering, and daughter managed to skate for her part in furthering an attempt to commit fraud on the taxpayers of Miami, I think I'm entitled to say, "Hey Adele, tell me again what a horrible human being me and Billy were for calling your trickster ass out? And, oh yeah, what's up with the Carollo house and those code violations?"

Here's the story from this morning's Miami Herald on Daddy Bruce. 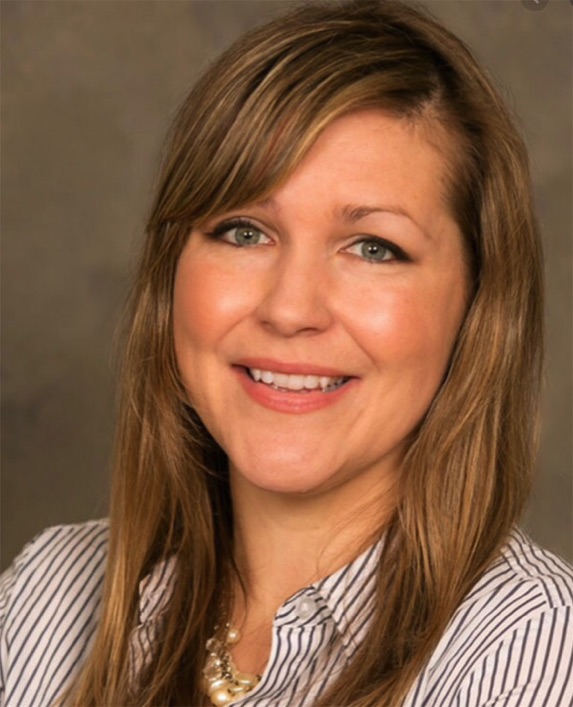 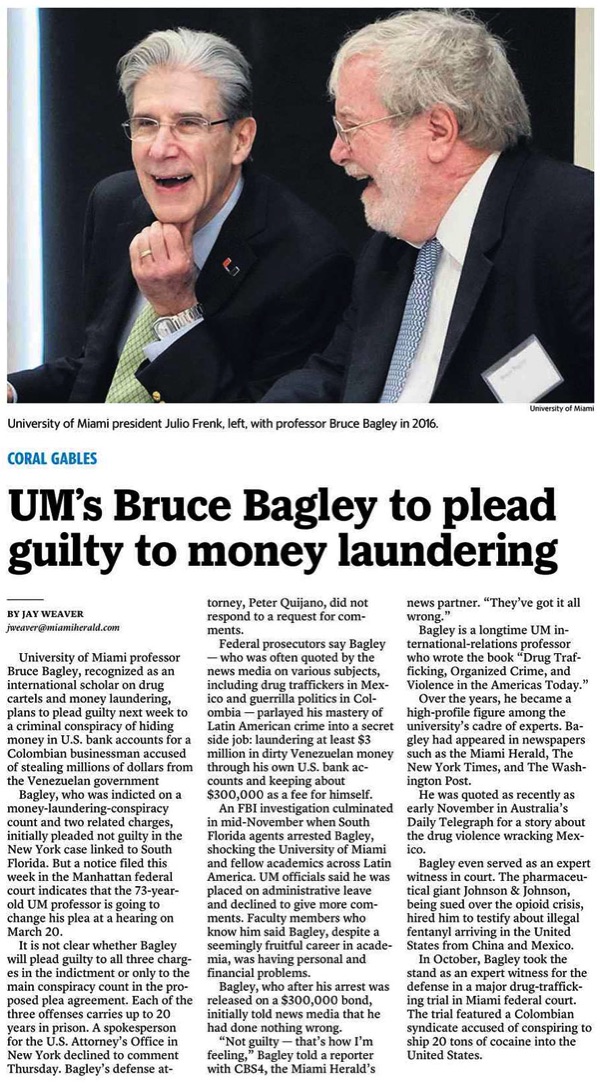 It was a politician - Rahm Emanuel - who is credited with making that phrase famous, and now as we enter into the Emergency Powers phase of this COVID-19 virus, I want to remind all of the City of Miami employees to keep their eyes and ears open.

You've seen what the crooks at City Hall have done under normal circumstances, and now that they've granted themselves, and been granted by the Governor Emergency Powers, everyone needs to pay really close attention to the deals that get done under these powers.

Do not think for a single moment that these powers and this crisis will make these people behave any better or more nobly than they have been behaving since they showed up.

They will pander, pontificate and exploit this crisis for all that it's worth. and while they will probably get away with some real scummy dealing making, that does not mean that on the other side of this crisis, they cannot be held accountable.

IF YOU SEE OR HEAR SOMETHING, REMEMBER IT! GET DOCUMENTS, MAKE NOTES, KEEP RECORDS.

UNLESS I DIE, I'LL BE HERE EVERY DAY, AND YOU CAN STILL TRUST THE US MAIL TO GET STUFF TO ME.